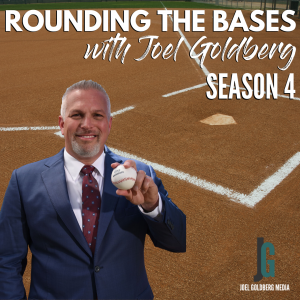 Henderson Engineers President & CEO Rich Smith was the featured guest on episode 427 of Joel Goldberg’s popular “Rounding the Bases” podcast. During the 45-minute conversation, Smith shared his insights and experience on topics including corporate culture leadership, and employee engagement.

Goldberg is well-known regionally and nationally as the host of the “Royals Live” pregame and postgame shows, and in-game Kansas City Royals reporter on FOX Sports Kansas City. He is also the founder of Joel Goldberg Media, where he hosts multiple podcasts and speaks to businesses and groups, sharing stories and strategies he has learned from covering teams that have developed championship cultures.