KANSAS CITY, Mo. – Henderson Engineers announces Andrea Mulvany as the new director of operations for the firm’s office in downtown Kansas City, Missouri. Mulvany succeeds Julie Pierce, who previously held the role for four years before she was recently given additional leadership responsibilities for Henderson.

“We are excited for Andrea to take the helm of our KCMO office,” said Rich Smith, president and CEO of Henderson Engineers. “Having Andrea step forward into this role was a natural transition as she was part of the team who helped open our office in downtown Kansas City in 2013. Since then, Andrea’s unwavering commitment to growth and development of Kansas City has earned her the respect of colleagues and clients alike. We’re excited to see her and our downtown office continue to thrive.”

“Andrea has worked extremely hard and the growth we’ve experienced in the KCMO office wouldn’t be possible without her vision, work ethic, and mentoring talents,” Pierce said. “She’s earned this opportunity, and I know the office is in great hands under her leadership.”

Henderson’s team in KCMO has helped design, build, and renovate some of the most iconic buildings in Kansas City, including the upcoming single terminal at KCI Airport, Pinnacle National Development Center, Kansas City Urban Youth Academy, Hy-Vee Arena, Kansas City University, Central Library, and the Kansas City Power & Light District. Together with Pierce, Mulvany has transformed and grown the office from six employees to 27 with plans to hire more in 2019.

“Being a part of this office has been an incredible journey and I’m proud of the team that we have built,” Mulvany said. “Julie’s leadership has allowed us to strengthen our presence in the greater downtown area, and I am humbled to be able to take the reins.”

Pierce, along with senior vice presidents John Kaloupek, Vince Masilionis, Darrell Stein, and Jason Wollum, will provide leadership for a business unit. She will continue to office out of the KCMO location and will remain involved in business development initiatives throughout Kansas City and the surrounding region.

Henderson Engineers has been honored as a Best Place to Work by the Kansas City Business Journal since 2006. The firm helps employees maximize professional growth through on-the-job technical trainings, career pathing opportunities, and a variety of industry-leading project work.

Henderson Engineers is a national building systems design firm. We like to say our systems bring buildings to life. Our partners appreciate being able to utilize all of our design services under one roof, with one point of contact. Together with our wholly-owned subsidiary, Henderson Building Solutions, we are truly your partner for the life of the building. Founded in 1970, we have more than 750 employees including 200-plus PEs across 12 offices, including New York, Philadelphia, Tampa, Orlando, Bentonville, Dallas, Houston, Kansas City (Lenexa, Kansas, and downtown Kansas City, Missouri), Phoenix, Las Vegas, and Los Angeles. Visit our website at www.hendersonengineers.com. 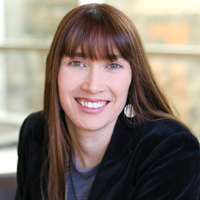