Congratulations are in order for Henderson Engineers’ Houston office, which celebrated 15 years in the Bayou City with an open house on Oct. 18th. Opened in 2002, the Houston office was our first expansion outside of our Kansas City headquarters.

“What a great evening of celebration, remembrance, and visioning,” Director of Houston Operations Tom Simmons said. “Henderson started the Houston office in Jason Zoeller’s den. Jason, along with Teresa Huser and Brenton Norton, were quickly joined by Rick Eicher and David Darby, outgrowing the space. They moved into the first national office on Sept. 1st, 2002.

“We were happy to host Jason, Brenton, Rick, and David for the celebration. We couldn’t have picked a better group to begin Henderson’s growth away from Kansas City.”

The Houston team, led by Tom, specializes in designing retail, healthcare, corporate, and warehouse/distribution facilities both in Texas and nationwide. With 24 employees currently, we know this is just the beginning in the Energy Capital of the World.

“As we toasted our past, we fondly looked forward to the next 15 years,” Tom said. “We have tried to assemble a group with the same spirit, talent, and reliance that launched our office those many years ago.” 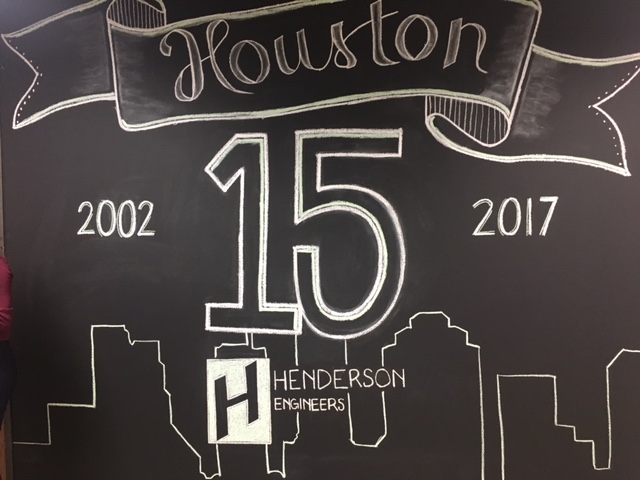