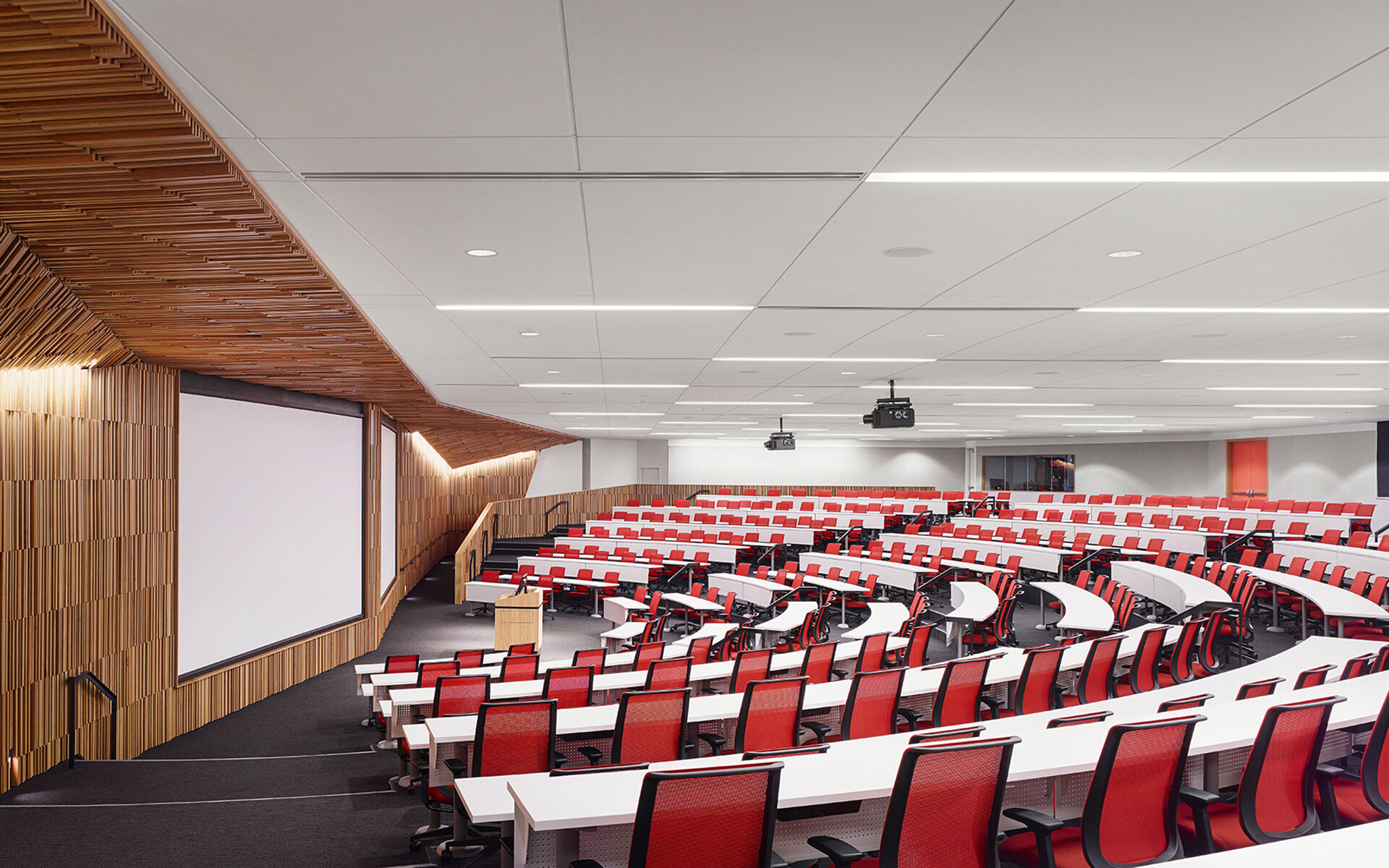 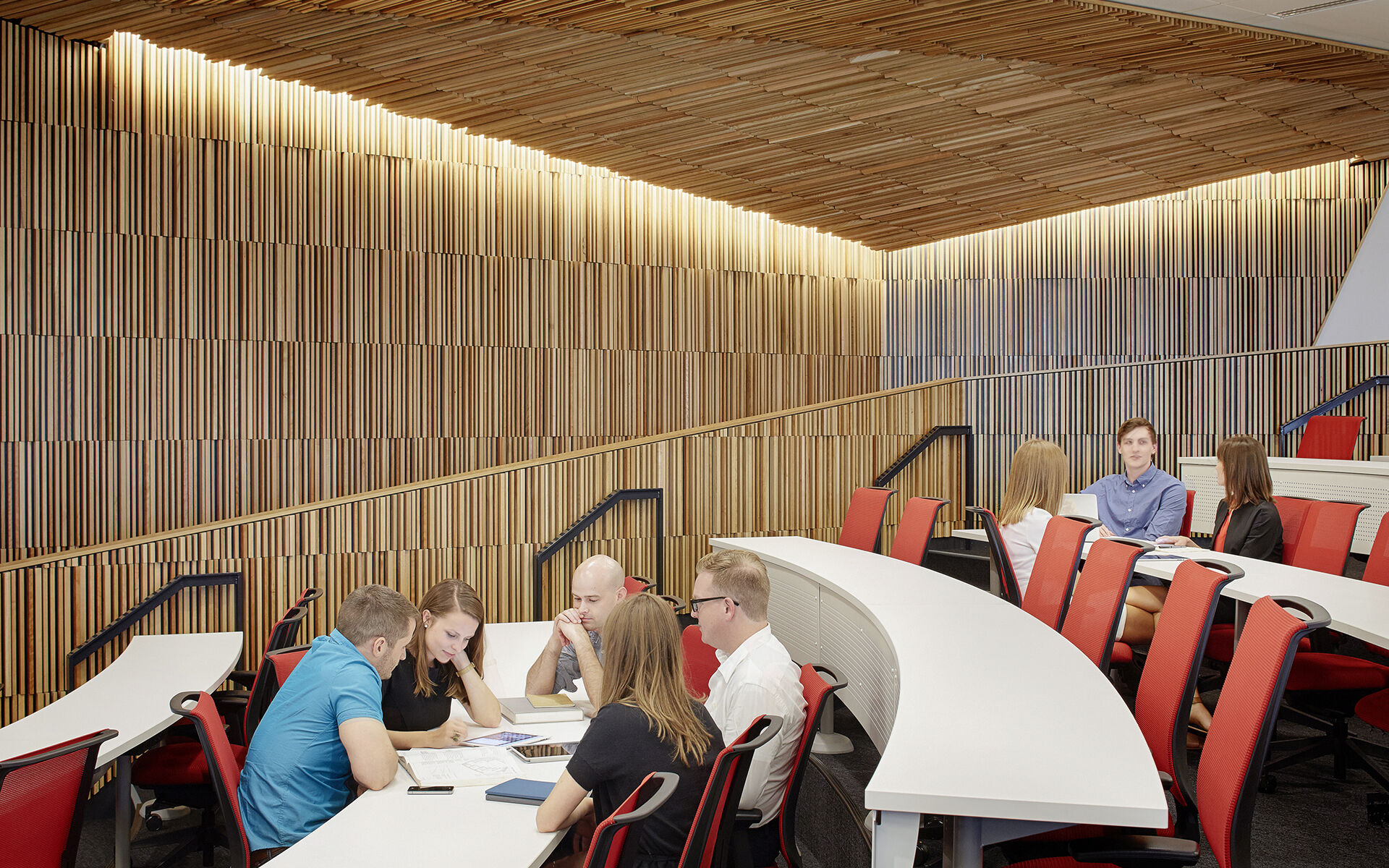 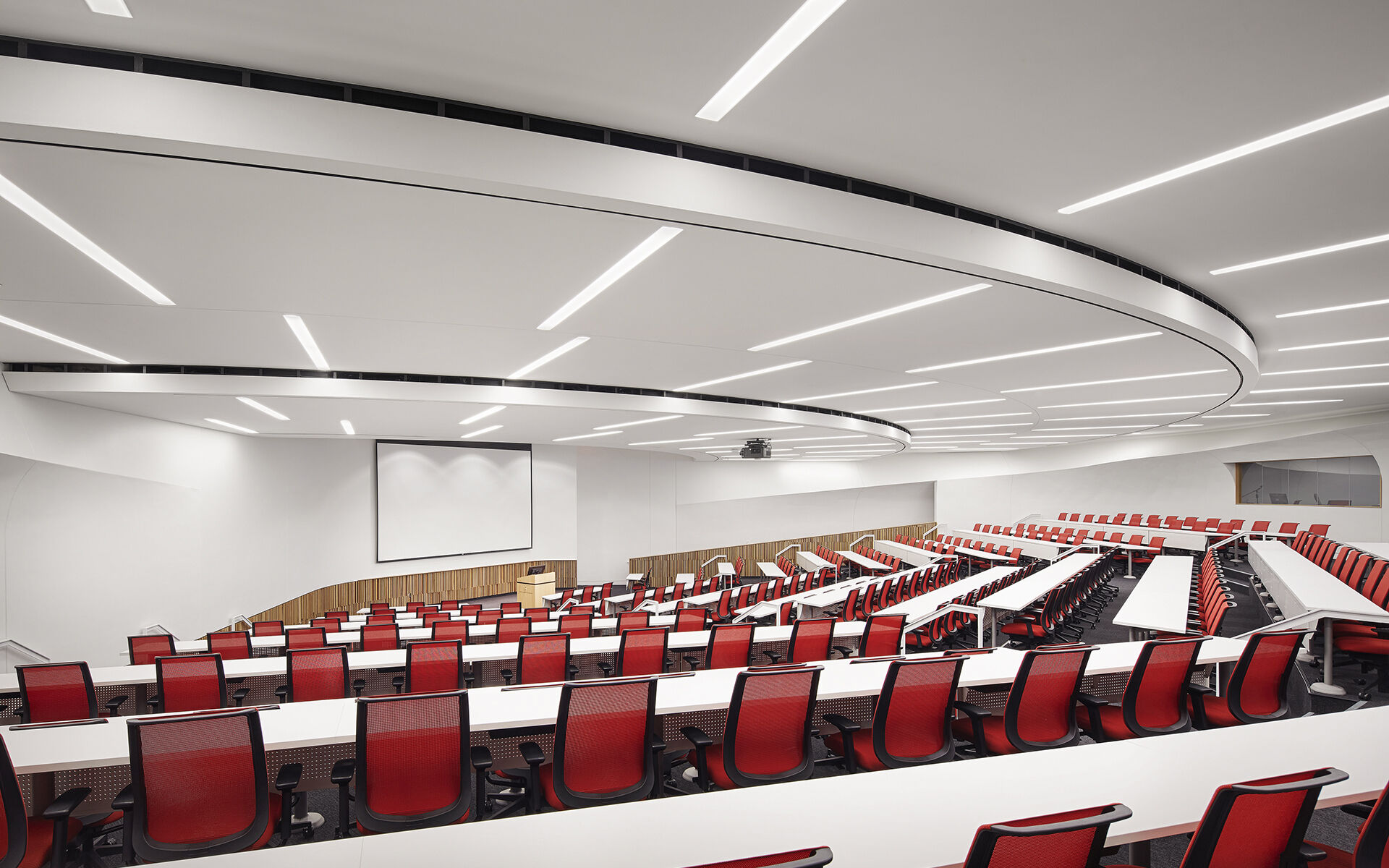 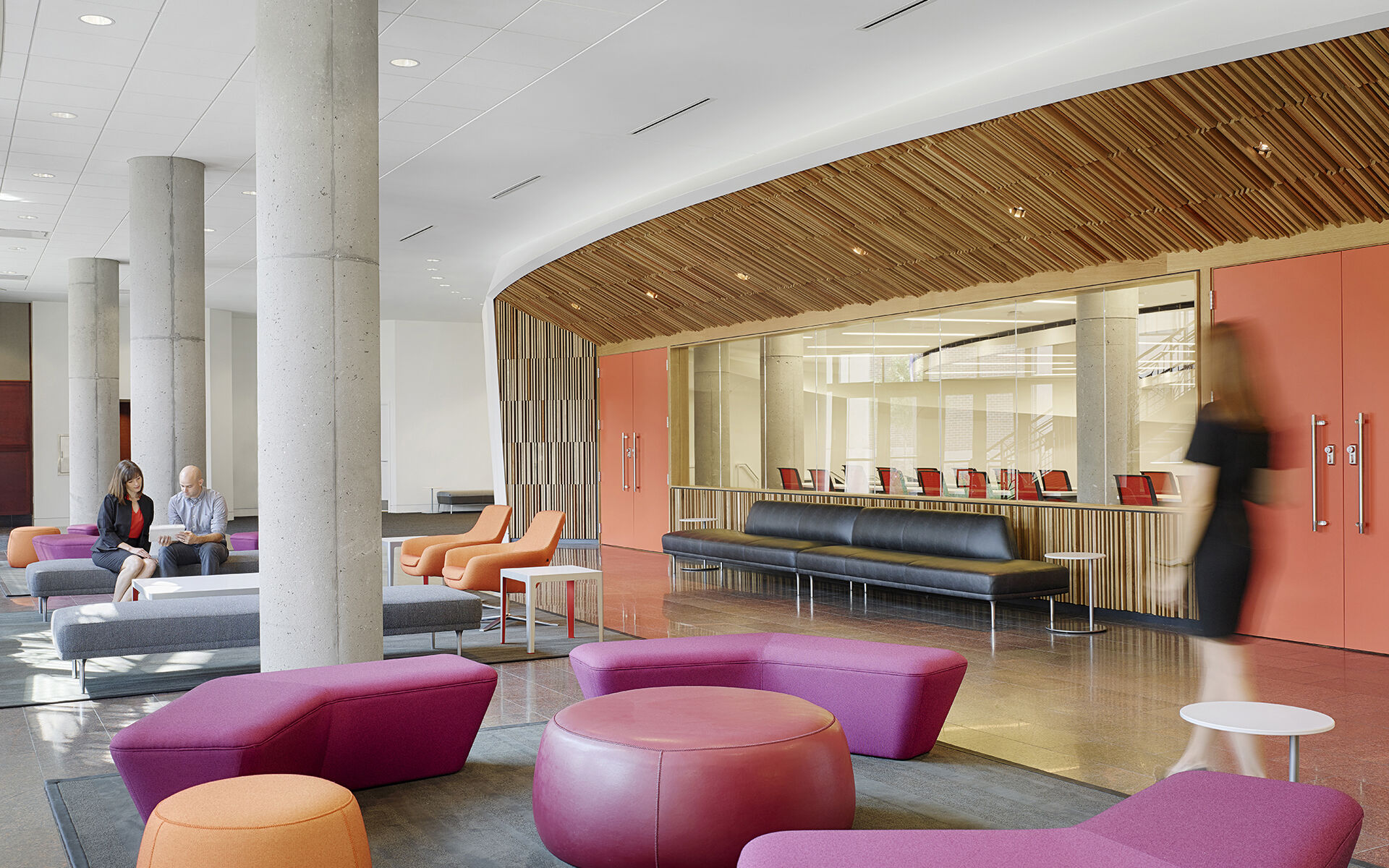 When Kansas City University sought to remodel a 1,500-seat auditorium into an academic center serving as a hub for students and faculty alike, they knew they could rely on Henderson Engineers to design the building systems that would bring the transformed space to life. The infill of the facility created two floors of educational spaces including: two lecture halls, seven break-out, conference-style classrooms, and two additional standard-style classrooms. Within the auditorium itself, the design team implemented a concept of stacking two new lecture halls, maximizing the utilization of the space given. What originally served as the auditorium’s back-of-house was remodeled into flexible student break-out and study rooms while the building’s lobby became an gathering area for students to enjoy between classes.

The building’s existing mechanical system included five constant-volume rooftop units. Our team utilized two of the units to serve circulation to spaces on both levels of the building and three units were replaced with new ones to support the academic center’s new load and zoning requirements. We also provided structured cabling system design for voice and data connectivity, acoustical and noise control recommendations, and audio-video system programming within the new classrooms and lectures halls. Together, with members of the design team, we were able to achieve a fast-tracked schedule that not only met the client’s budget, but resulted in the delivery of award-winning design.