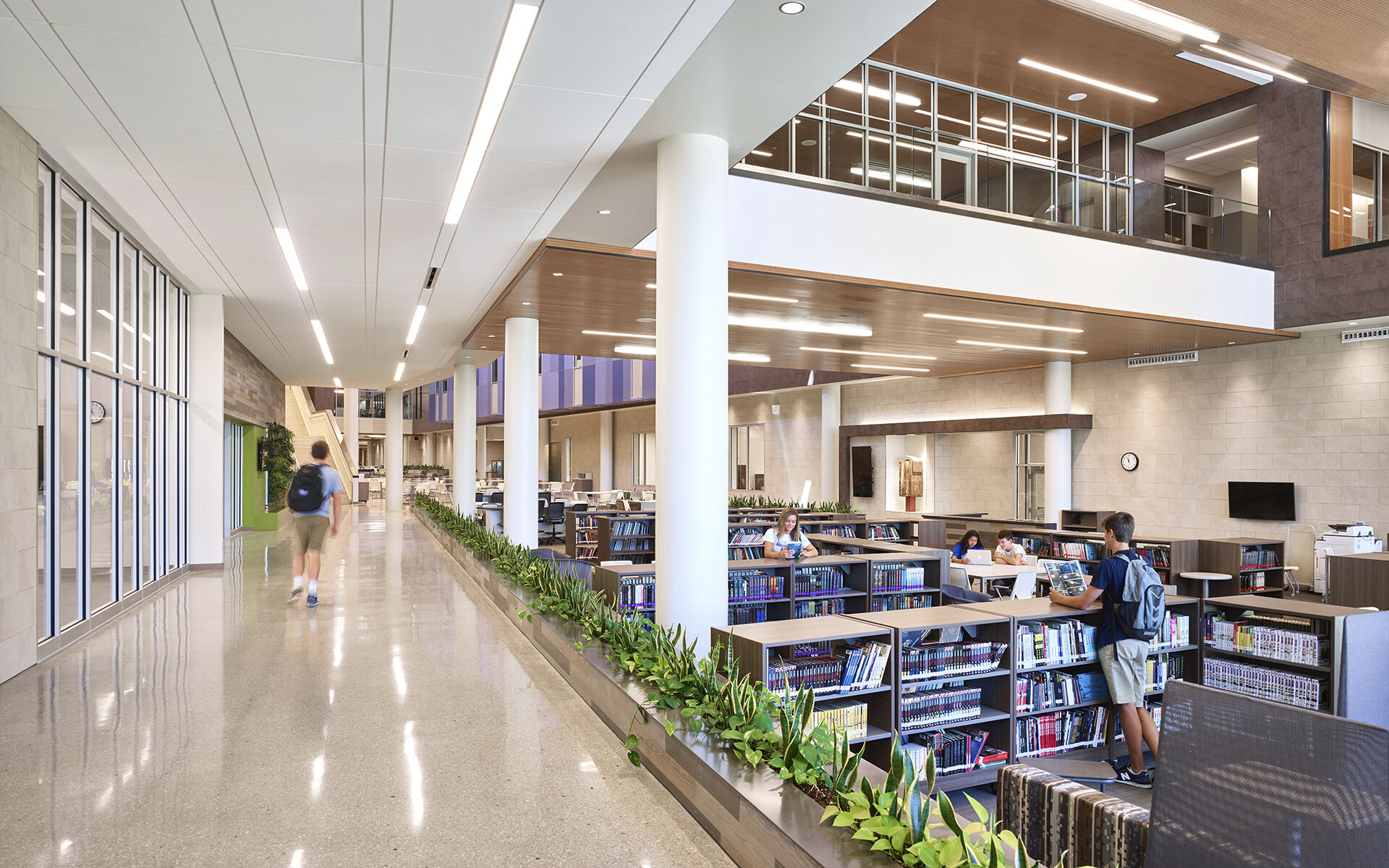 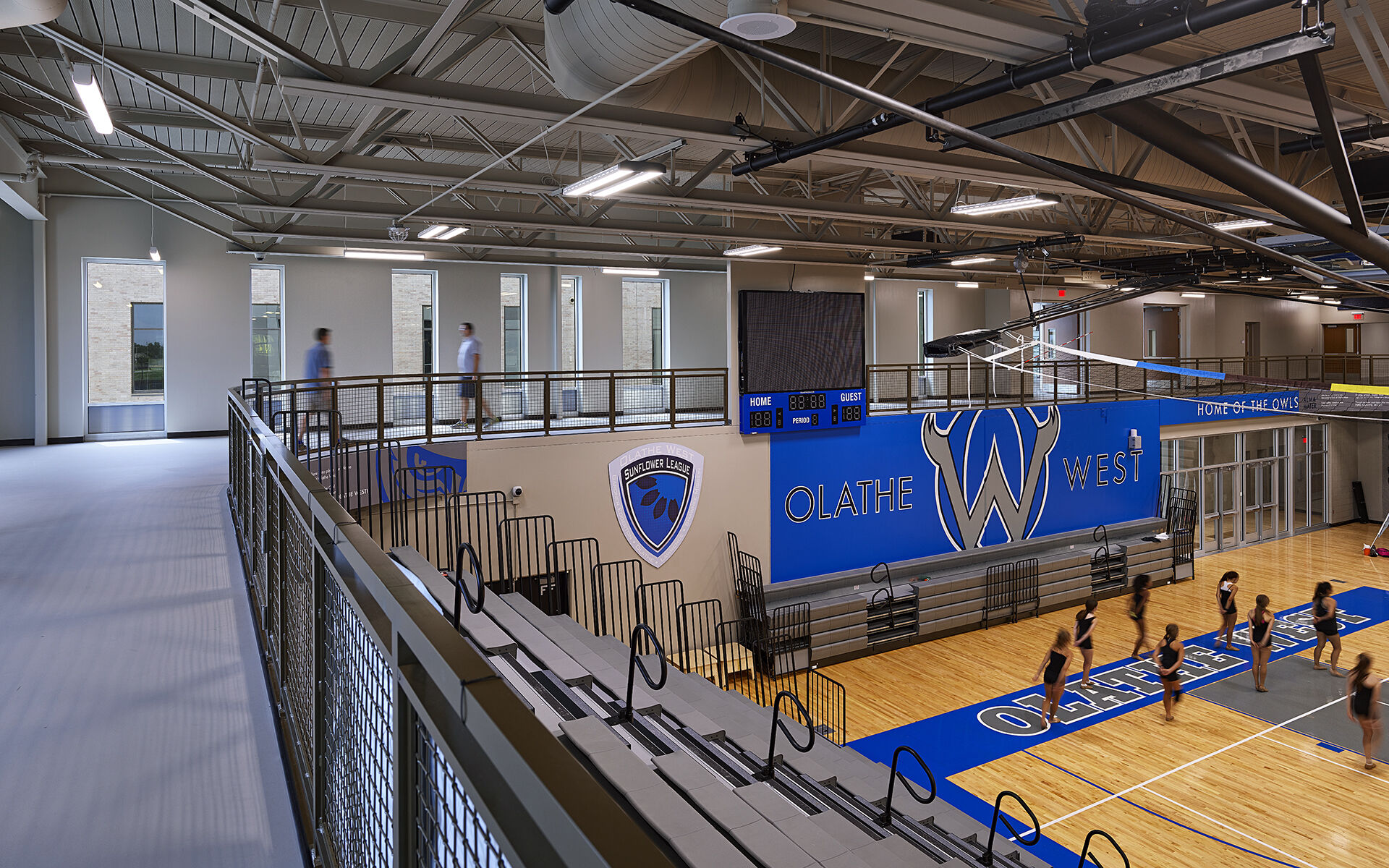 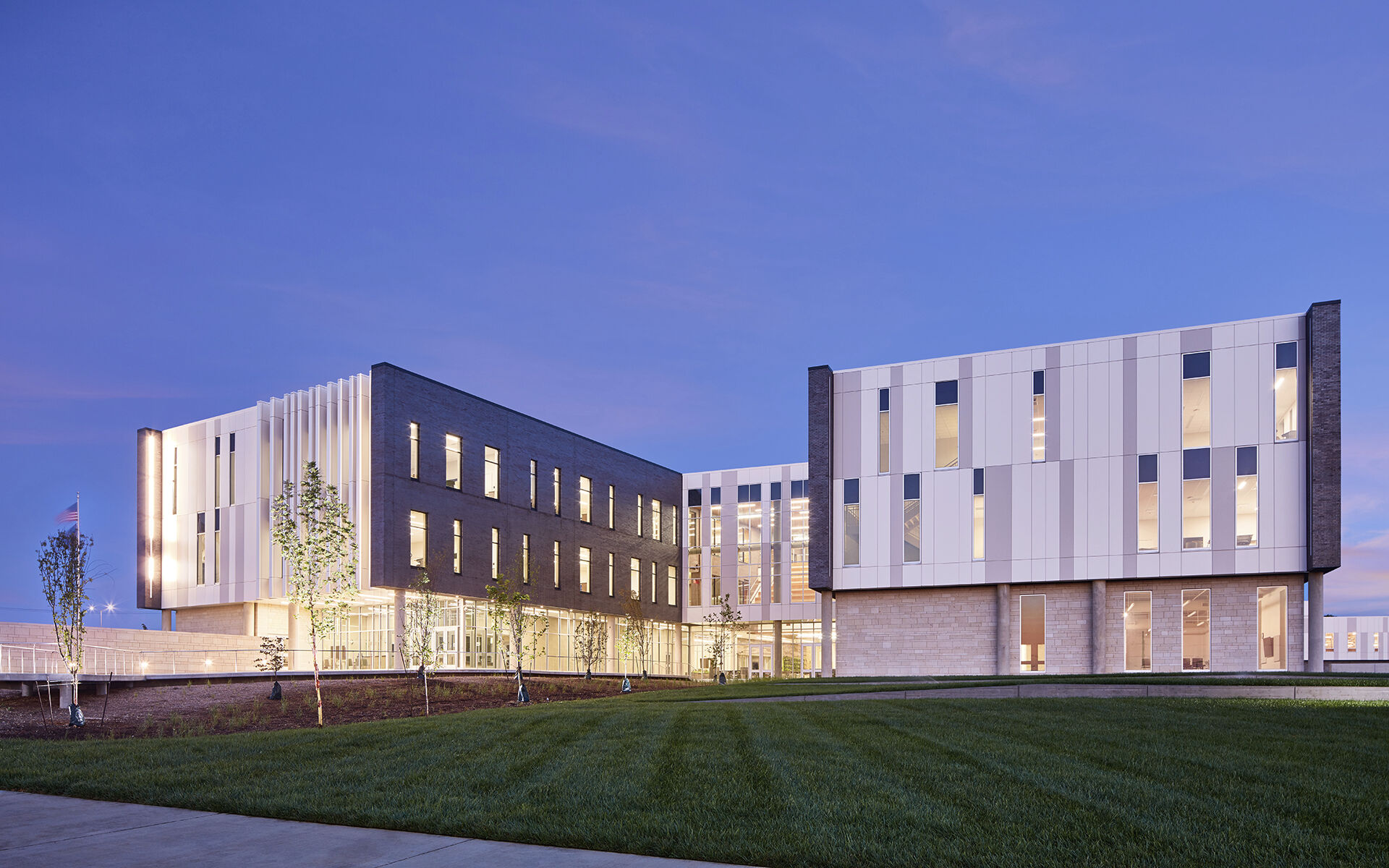 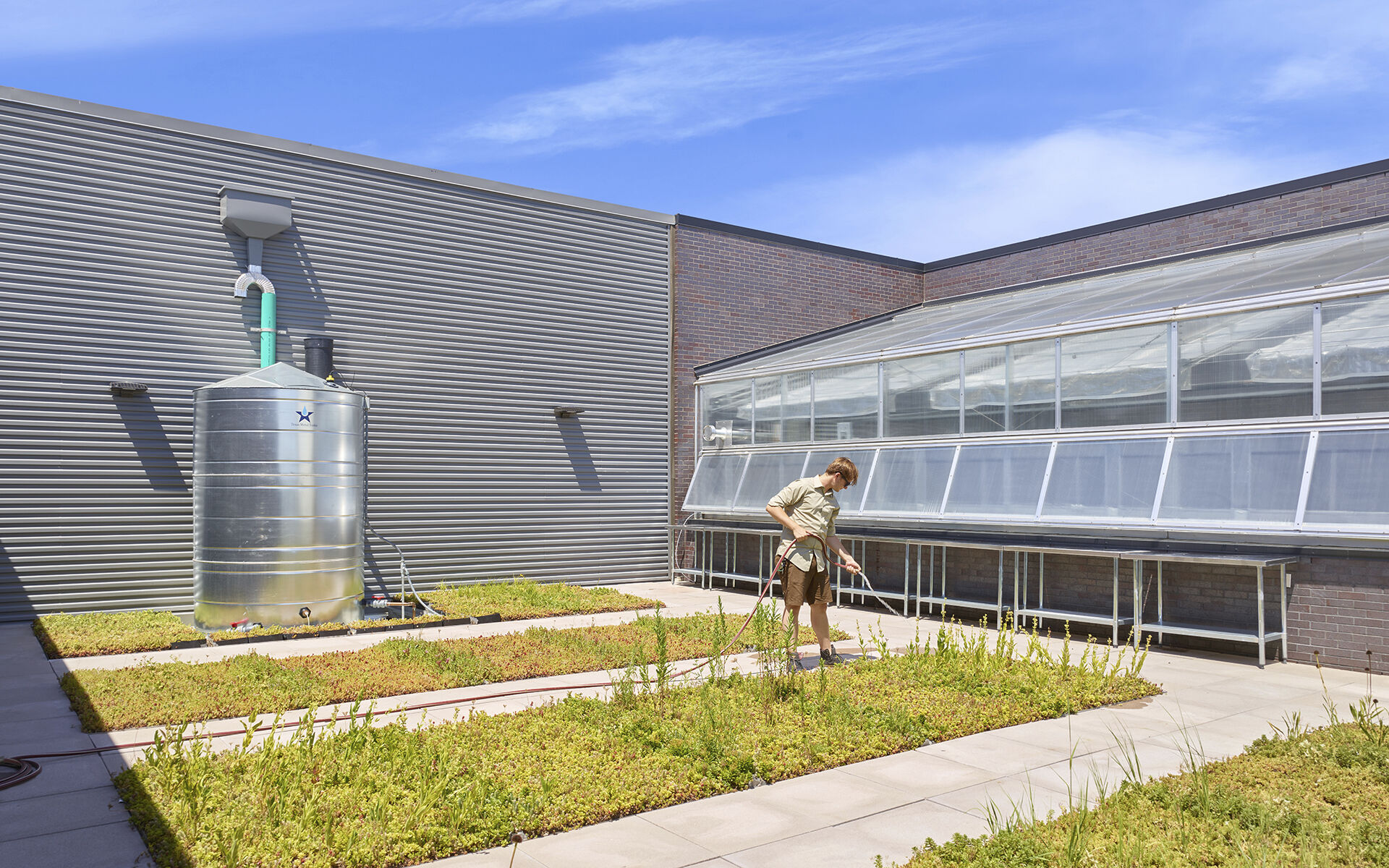 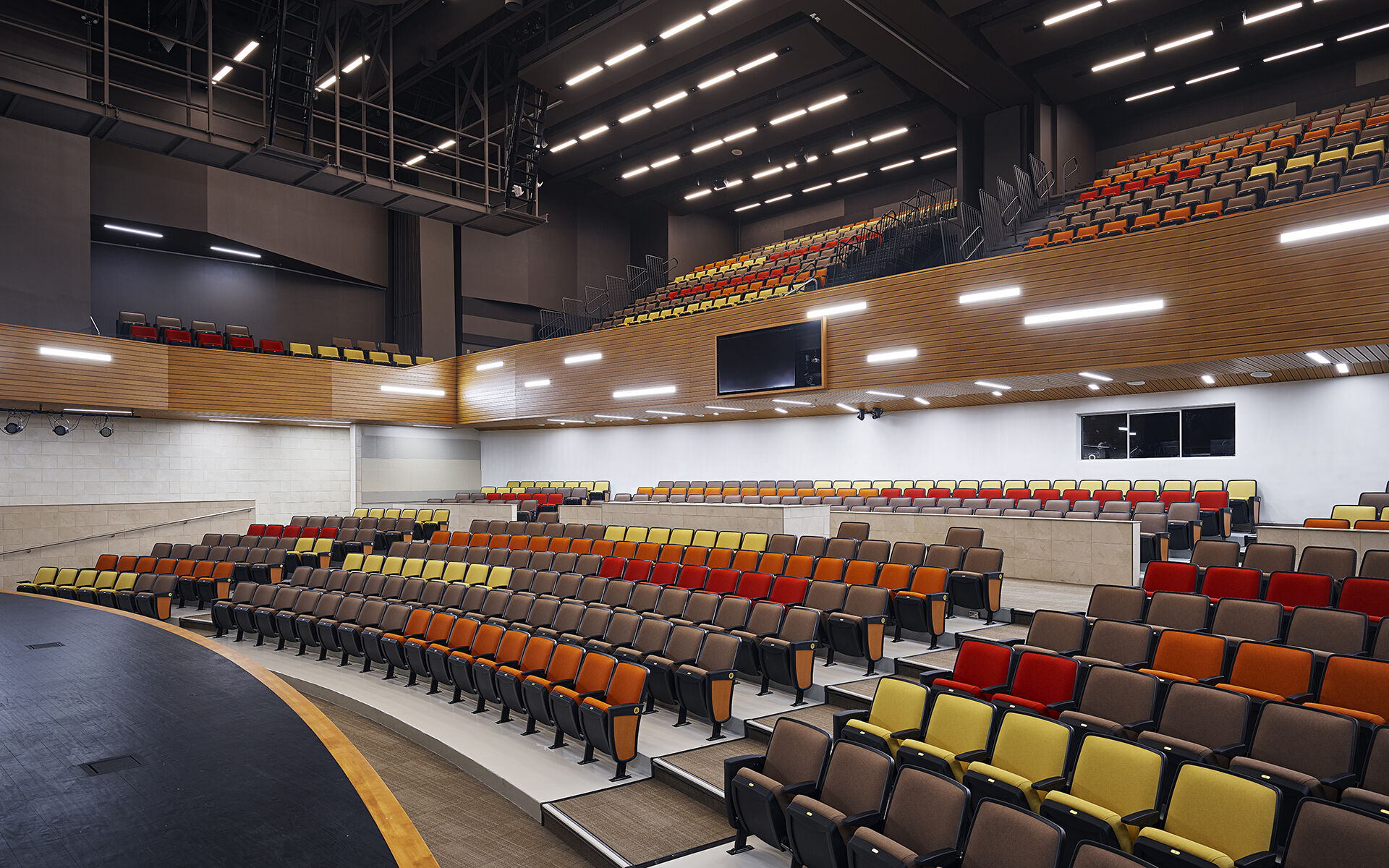 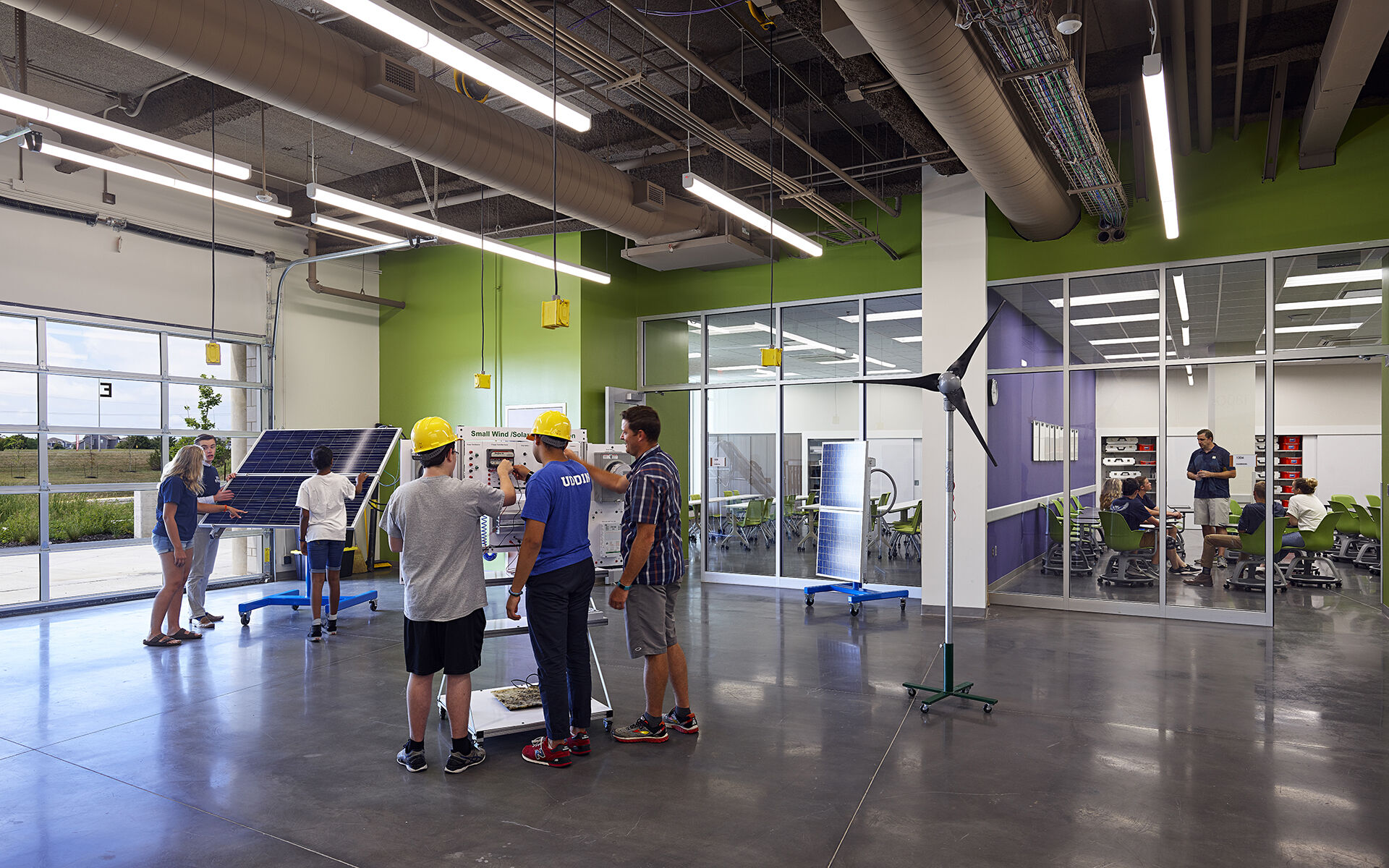 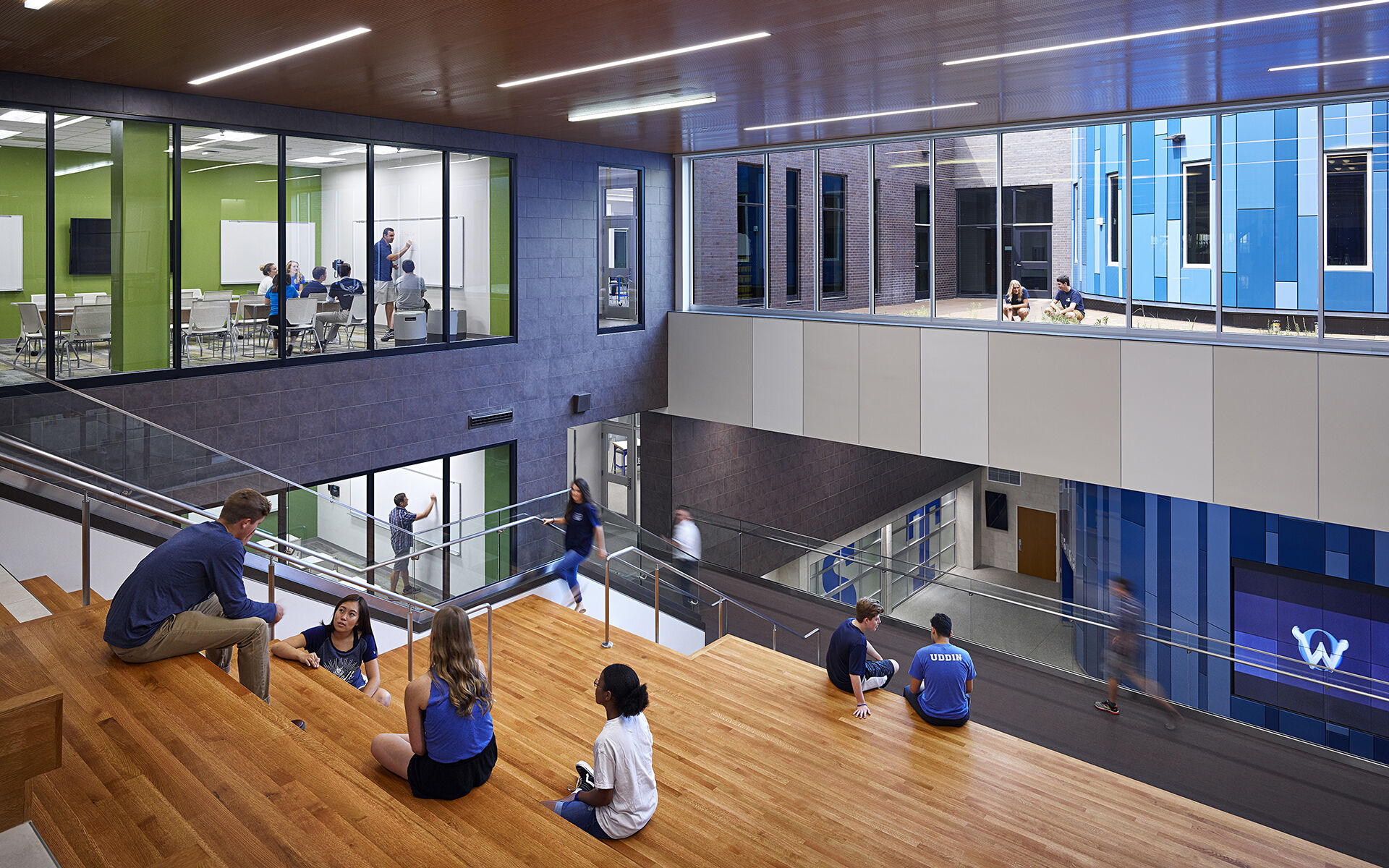 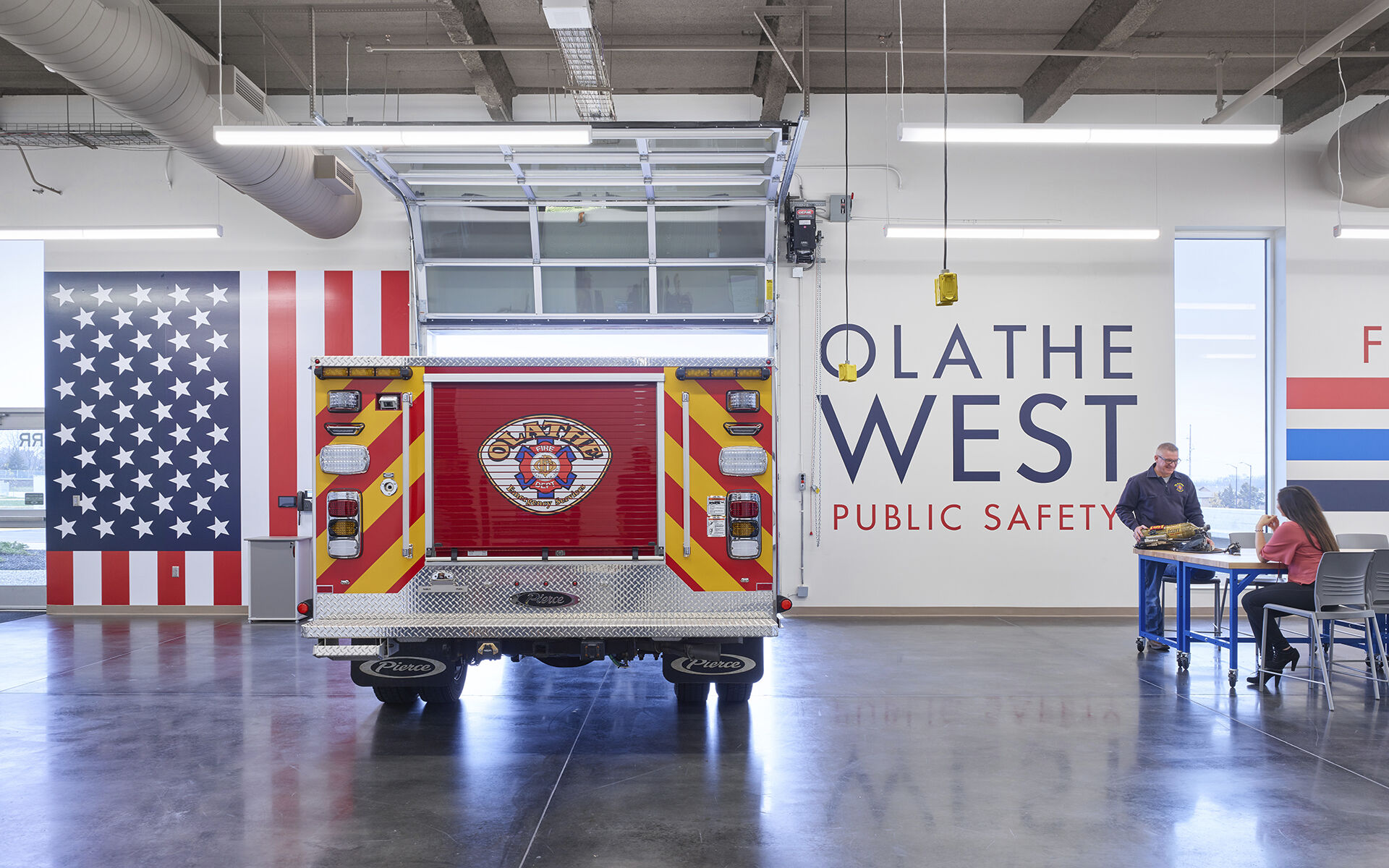 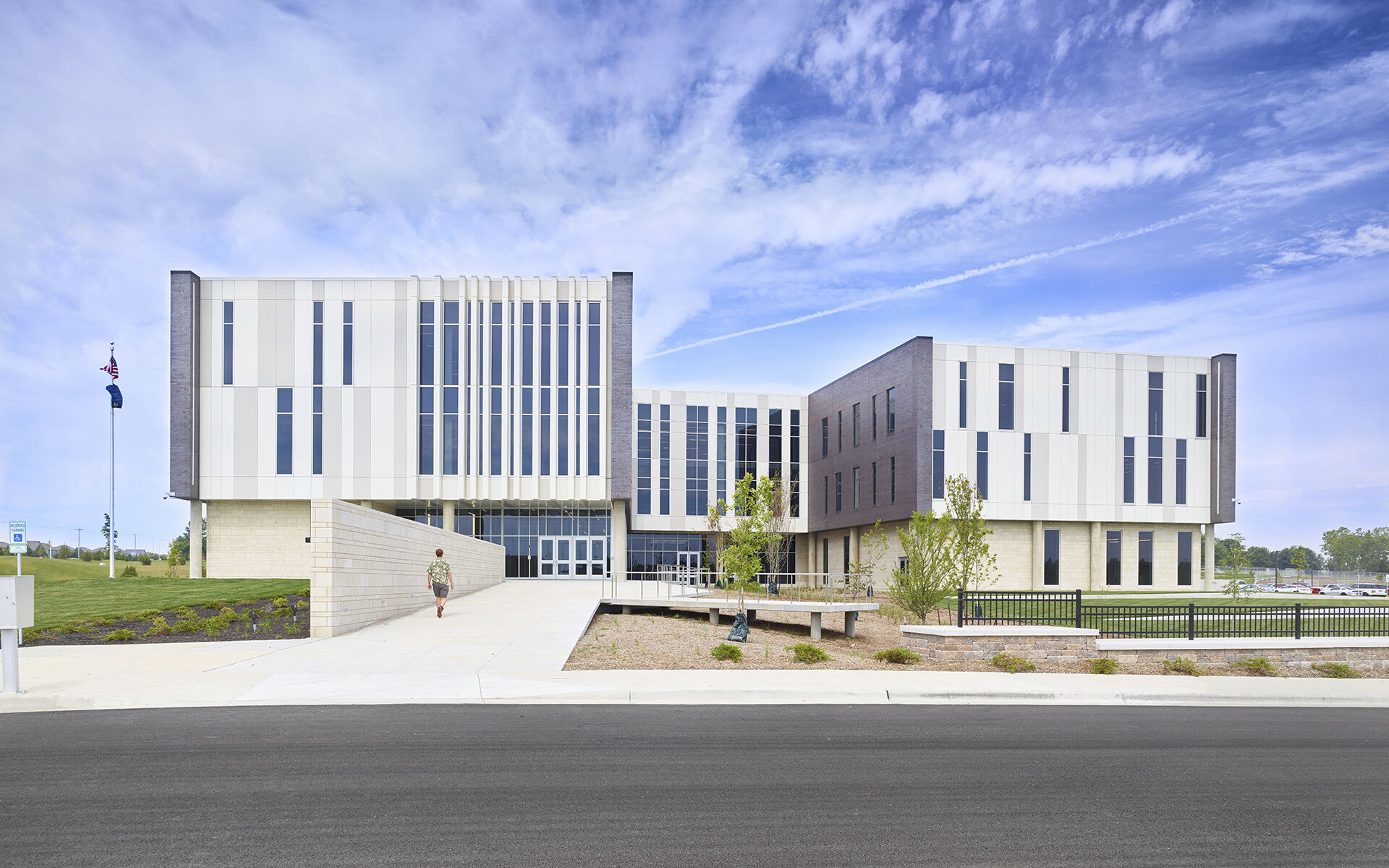 A long-time partner to Olathe Public Schools, Henderson Engineers designed the district’s fifth high school, Olathe West. The goal was to create building systems that support different teaching methods, such as active spaces for direct instruction, flexible spaces for project-based lessons, and maker spaces for hands-on classes. The school has four “neighborhoods” for every grade and each wing connects to a commons area intended to spark student interaction.

Not only can fans who want to cheer on the Owls athletics teams from one of the school’s three gyms but students can also utilize the cutting-edge media center and state-of-the-art performing arts center and black box theatre.

A multichannel sound system was designed for the black box theater, creating an immersive sound effects experience for patrons of the arts. Teknopanels were used to maintain the integrity of an acoustical design that amplifies the natural voice of performers while still allowing for the flexible set design intended for this type of space.

A virtual orchestra system was incorporated into the design of the PAC, allowing the sound quality of the stage performers and musicians to work in harmony through a controlled avenue. Adopted by many professional performance venues, the system created an opportunity to build upon the district’s theme of integrating real-world applications into the learning environment of its students.

With mechanical rooms located on either side of the auditorium, detailed attention was given to the placement of HVAC ductwork, the air flow through those ducts, and where diffusers were located in the space. Through a collaborative effort amongst all members of the design team, we ensured mechanical noise levels wouldn’t interfere with the events of the performance spaces.

As part of the district’s commitment to hands-on learning, the school is home to two 21st Century Academies that teach students skills they can apply towards their post-secondary careers: 1) Public Safety is focused on police and fire; and 2) Green Technology is centered on biodiesel, wind energy, and solar power.

Their decision to build a highly energy efficient school began with energy modeling early in the design process. Those results then informed the design that included the selection of sustainable systems that were later integrated into an ongoing building monitoring system. Together with our wholly-owned subsidiary, Henderson Building Solutions, we helped the district maximize its investment in the facility with this system. This system produces live reports on the facility’s electricity, gas, and water usage – providing better control of the building’s systems, more accurate and timely performance data, and the opportunity for early detection of issues. Even more, real time analytics from the facility’s monitoring system are then integrated into the curriculum of the school’s Green Technology Academy a program that equips our future thought leaders with the tools and opportunity to learn about the importance of energy efficient technology and allows them to have to a hand in their everyday environment. The monitoring system was designed by Henderson Engineers and is backed by Henderson Building Solutions field technicians.

At Henderson, our purpose is to create environments where people can reach their full potential. We’re proud to have a partner who seeks the same goal.

Interested in how our sister company,
Henderson Building Solutions, was involved?