Stack Effect: Why It Was So Difficult To Stay Warm This Winter

Extreme cold spells across the country this winter made it difficult for many buildings to maintain comfortable temperatures. Many street-level tenants of high-rise buildings found it nearly impossible to keep occupants warm despite having thermostats set to maintain comfortable temperatures. In many cases the problem, while fairly common, is not widely understood — it’s known as stack effect. At Henderson Engineers, we do our best to identify when stack effect is likely to be an issue, so we can help our clients address it during design; because once construction is complete and the space is occupied it can be very difficult to fix.

What is Stack Effect? Stack (or chimney) effect occurs in tall buildings when the outdoor temperature is substantially colder than the inside temperature. Hot air rises, so the warmer, indoor air is buoyant and presses upward to exit the building through a variety of openings in the upper floors. This movement creates negative air pressure in the lower levels of the building and causes the cold outdoor air to be pulled into the building. The taller the building and the colder the outdoor temperature, the greater the negative pressure on the lower floors. In fact, if not properly addressed, the air in a street level space of a high-rise building could be completely replaced in less than a minute. This same space could take 20 to 30 minutes to warm back up to a comfortable temperature, assuming the doors remained closed, ultimately creating an impossible heating requirement to deal with on extremely cold days.

Think about an average business on the ground level of a 70+ story high-rise building. To maximize their location, the business has entrances at the street and from the building lobby. The business expects high levels of traffic through both entrances, especially in the morning and during the lunch hour. Calculations suggest the building could be under extreme negative pressure when the outdoor temperatures drop below 20 to 30 degrees F.

This winter, our commissioning team tested a space like this for a client, gathering pressure readings which confirmed the above scenario. If both sets of doors to the client’s ground level location were opened at the same time, similar to the morning rush hour, the negative pressure in the building lobby would pull 46,000 CFM (cubic feet per minute) of air out of the store and into the lobby, while also pulling the same amount of outdoor air into the store. Because the space volume was only 48,000 cubic feet all of the warm air in the space would be replaced with 20-degree air within 60 seconds if the space remained in its current condition. To help minimize stack effect in this space, the flow of air out of the space had to be disrupted. We recommended using a revolving door to connect the building lobby, to decrease the cold air infiltration during the morning rush because the revolving door eliminates the possibility of two entrances being open at the same time.

How to Manage Stack Effect.
While there are multiple straightforward ways to minimize stack effect on a building, we’re going to focus on individual spaces, specifically on the ground level or sub-grade level. Generally, these spaces (retail stores, grocery markets, restaurants, etc.) have exterior entrances and common walls with the building core. The diagram shows how warm air escapes the building through openings such as windows, elevator rooms and vents, and stair pressurization openings. The buoyant air leaking through these openings throughout the building create negative pressure on lower floors, which pulls air in wherever there is a connection between the building core and the outside. The key to resolving subsequent stack effect in the lower level spaces is to isolate them from the building core.

To isolate the space from the building core, all surfaces that separate the main building and tenant space must be sealed, including walls and floor slabs, both above and below. If you accomplish that, the spaces will not be affected by the building pressure and will have the ability to control their own environment. In our experience, even though these discussions may happen during design and pre-construction meetings, openings often end up not being sealed. When that happens, it can be extremely difficult to identify and correct stack effect once the space is occupied.

We believe the most effective way of sealing the space is to do it systematically in three stages:

Each pressure test can usually be completed in one day/evening and will cost around $5,000 on average. The financial impact of this process is minimal compared to the issues caused by stack effect. When street level tenants experience an extreme decrease in temperature as the result of stack effect, they tend to respond by adding more heat. This will not only yield unsatisfying results, it can also take a toll on utility costs and mechanical equipment in addition to employee and customer satisfaction. We are aware of multiple spaces experiencing sprinkler pipes or hydronic coils bursting due to continuous cold temperatures in the spaces caused by stack effect. These events can lead to far more costly issues.

The weather patterns of the past winter brought stack effect to light for many as temperatures dropped lower and stuck around longer. When we work on projects in high-rise buildings where stack effect often occurs, we try to make our clients aware of the risks associated with stack effect and help them take steps to prevent it. Our subsidiary, Henderson Building Solutions, also provides pressure testing and commissioning to help clients address pressurization issues. Contact us here if you have experienced extreme temperature fluctuations in your building like we’ve described. We can help you evaluate the situation and resolve it. 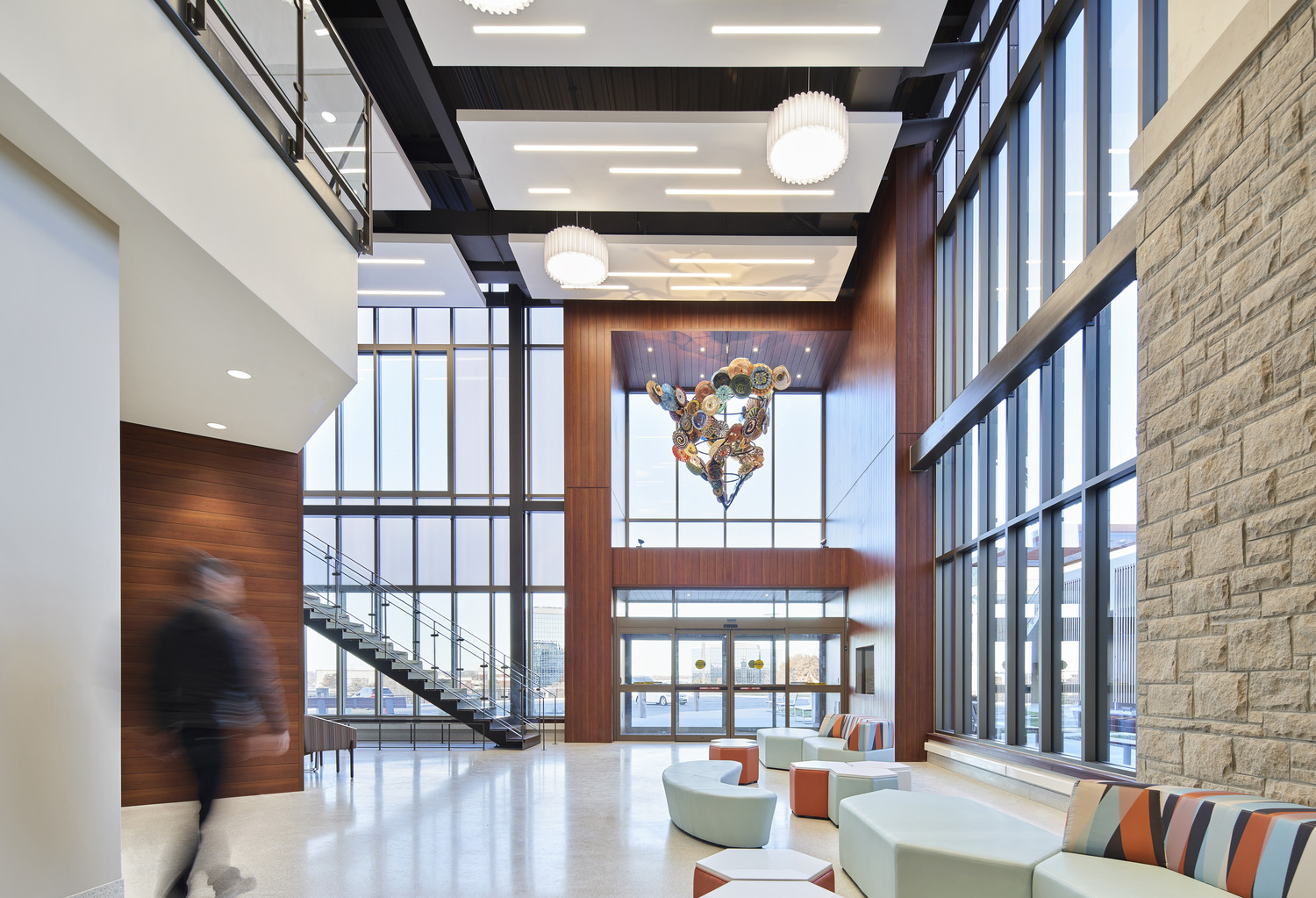 Healthcare representatives from both Henderson Engineers and Henderson Building Solutions recently attended BOMA International’s MOB + Healthcare Real Estate Conference. A wealth of information was shared, networking was back in practice, and we were excited ... 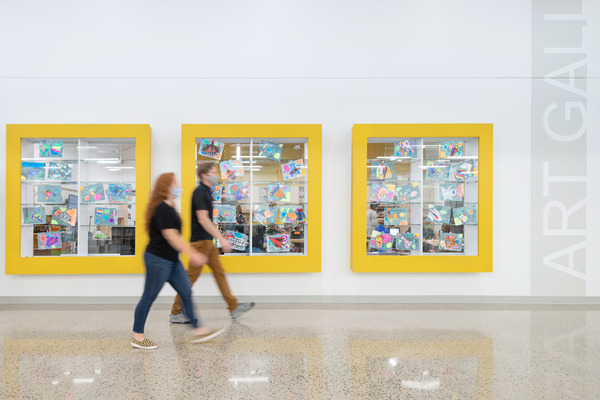 Clearing the Air: The Future of Healthy Schools

K-State Olathe recently hosted Clearing the Air: The Future of Healthy Schools, an event Henderson was proud to present and sponsor. We were joined by several industry leaders, Gould Evans, BranchPattern, and P1 Group and ...