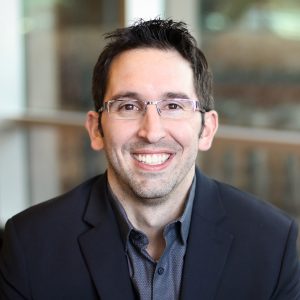 “Ryan has been vital in the growth of our Henderson sports practice over the last 13 years. He has established great relationships with architects, owners, and contractors, and has worked extensively on the largest sports project in our firm’s history,” Lewis said. “His experience and passion for his craft makes him the natural fit for this role. I’m excited to see the continued development of our sports practice under Ryan’s leadership.”

Starkovich joined Henderson in 2007 and has played an integral role in the evolution of the sports practice, where he has led the design of premier facilities nationwide. Serving as a project manager, he has often been the primary liaison to architects, owners, and contractors. He’ll now focus on management, oversight, and strategic direction while still working closely with all levels of design teams and project partners.

“Ryan has really embraced the Henderson culture of working hard and playing hard, and it has shown in his success with sports work. He has a passion for sports, as well as engineering, which puts him in a perfect position to lead our various teams,” Lewis noted. “He is one of the hardest-working individuals I know and his dedication to impeccable organization helps him hold it all together. He has a tremendous knack at balancing a busy work and home life in a seamless fashion. Our sports leaders are like family to me and I’ve taken a lot of pride in watching Ryan grow throughout his career. I can’t think of a more deserving individual, and I look forward to working closely with him for many, many more years.”

His favorite moments have materialized by watching the excitement of fans as they enjoy their experiences, which makes the whole process meaningful for him.

“I’m honored to take over leadership of our sports practice. I always dreamed of spending my professional career working on athletics facilities, and Henderson has turned that dream into a reality for me,” Starkovich shared. “I’m incredibly thankful to Kevin for mentoring me and preparing me for this opportunity. We have a bright future ahead of us, and whether it’s large-scale new construction, renovations, additions, or master planning, our sports experts are ready. There’s no other team I’d rather be leading.”

A former collegiate student-athlete himself, Starkovich competed in basketball for Western Wyoming Community College. He averaged 9.5 points, 4.3 rebounds, 2.0 assists, and 1.4 steals per game while shooting 52% from the floor and 47% from 3-point range during the 2003-04 season.

After earning an associate degree in engineering from Western Wyoming and completing his career on the hardwood, Starkovich continued his education at the University of Wyoming, where he received a bachelor’s degree in architectural engineering. From there, his Henderson journey began.

When he is not leading design implementation at high-profile venues, you can often find Starkovich enjoying a game as a fan. Sports is a lifestyle for him, and the same can be said for the practice he now directs for Henderson.

Henderson Engineers is a national building systems design firm. We like to say our systems bring buildings to life. Our partners appreciate being able to utilize all our design services under one roof, with one point of contact. Together with our wholly-owned subsidiary, Henderson Building Solutions, we are truly your partner for the life of the building. Founded in 1970, we have more than 800 employees including 215 PEs across 12 offices, including New York, Philadelphia, Tampa, Nashville, Bentonville, Dallas, Houston, Kansas City (Lenexa, Kansas headquarters and downtown Kansas City, Missouri), Phoenix, Las Vegas, and Los Angeles. Visit our website at www.hendersonengineers.com.