Doug, who lives in Lawrence and has been connected with the district for many years, credits previous Henderson successes and relationships with the school district as a pivotal factor in our major victory.

“We have great relationships there,” Doug said. “We developed a trust level with the district and acted as a sounding board for the district’s leadership team through the course of the 2013 bond projects up until today. It was important to the district to have a single engineer for consistency with the 2017 bond project.

“The district selected two teams – Gould Evans and Clark | Huesemann – that had Henderson on their team for cohesiveness with systems solutions and quality of the final deliverables. In addition, the district elected to go with Henderson for all scopes of low voltage work – AV, IT, security, and acoustics – again for that consistency. Lawrence Schools Chief Operations Officer Kyle Hayden let us know personally that Henderson will play a huge role in the success of the projects moving forward.”

#TeamHenderson is working with Gould Evans on the two high schools and Clark | Huesemann at the four middle schools. The projects will be designed and constructed over the next three to four years.

At Lawrence High, there will be a full renovation including additions while Free State will receive interior renovations, classroom addition, and an athletic addition. West Middle School will get a full major mechanical retrofit, lighting retrofit to LED, and media center, learning pocket, and classroom renovations. Liberty Memorial Central, South, and Southwest middle schools are also slated for lighting retrofit to LED with media center, learning pocket, and classroom renovations.

“I would like to give shoutouts to our team who assisted on the up-front building assessments and master planning work prior to the bond passing,” Doug said. “There was quite a bit of legwork on the systems side as part of the master planning including system assessments, life cycle cost analysis, and energy performance modeling to raise the public’s awareness on the buildings’ proposed energy use and operational costs.

“Elite Force completed excellent work on the last round of bond projects which helped develop that standard of quality and service. Thank you to our excellent marketing and communications teams for quick and great work on getting the proposals together for multiple teams – there were a lot of teams that chased this that wanted to use Henderson – and ultimately for the teams that were shortlisted. A lot of work went into winning this one, so great work by all. #TeamHenderson rocks!” 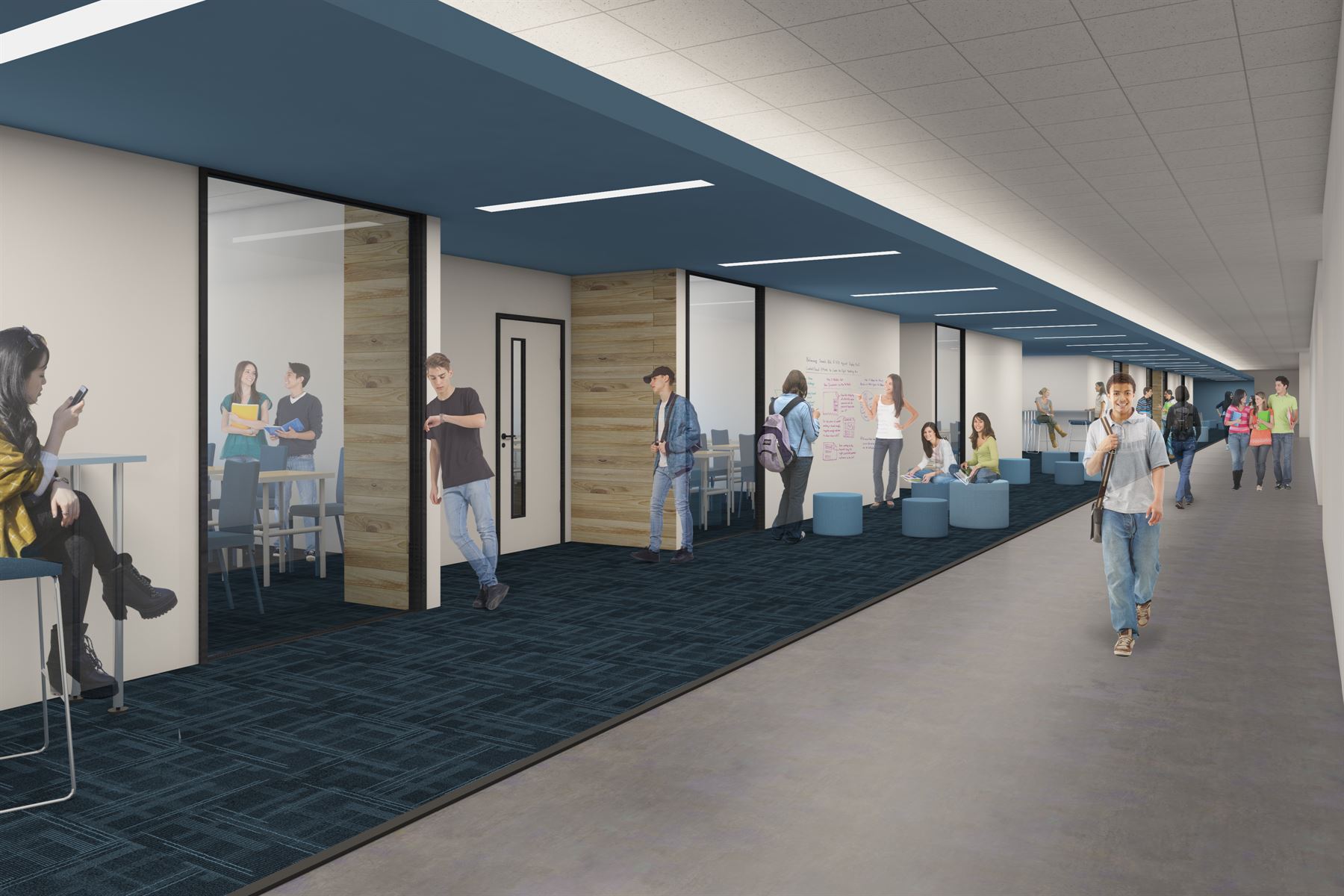