Have We Reached the Tipping Point for CO2 Refrigeration Systems?

Due to the COVID-19 pandemic, the grocery industry has seen an unprecedented demand for online grocery shopping. To meet the needs of consumers making the switch to online shopping, many retailers are choosing to expand their warehouses, and for grocers, that means expanding their refrigerated warehousing. When considering refrigerated systems for increased infrastructure, discussing the type of refrigerant being use, such as CO2 refrigeration, can significantly improve the environmental impact and help prepare for some expected regulation changes.

With new and more stringent refrigerant regulations on the horizon, more clients are exploring alternative refrigeration systems. A natural refrigerant, CO2 has been an intriguing alternative refrigerant for quite some time, but higher costs associated with the equipment, installation, and operation have prevented CO2 from being widely adopted in the U.S. up until now. That could be changing, however, as greater familiarity and economies of scale are bringing initial costs down and as regulatory restrictions on traditional refrigerants continue to increase.

Most refrigerants currently used in commercial refrigeration systems are synthetic refrigerants made of either hydrofluorocarbons (HFCs) or blends with both HFCs and Hydrofluro-Olefins (HFOs). These synthetic refrigerants have come under increasing scrutiny because of their high Global Warming Potential (GWP). GWP is defined by the U.S. Environmental Protection Agency (EPA) as “a measure of how much energy the emissions of 1 ton of a gas will absorb over a given period of time, relative to the emissions of 1 ton of carbon dioxide (CO2)”. Most HFC and HFO blends suitable for refrigeration currently used have GWPs ranging from the low 1,000s to nearly 4,000.

For example, R407A, a widely used HFC, has a GWP of about 2,100, which means when released into the atmosphere, one pound would be 2,100 times more detrimental than one pound of CO2. Annual leak rates (the amount of refrigerant that leaks out of systems) can be up to 20% of the total refrigerant in the systems for a standard grocery chain. For example, a grocery store refrigeration system with 5,000 pounds of refrigerant may leak up to 1,000 pounds/year. In terms of GWP impact, this would be equivalent to “1,000 x 2,100 = 2,100,000 lbs. of CO2.

In order to reduce the GWP impact of refrigerant leaks, the EPA issued regulations restricting the use of certain HFC refrigerants in 2015; these restrictions were overturned by the court system but several individual states are now adopting their own regulations limiting or proposing to limit the use of high GWP refrigerants.

For example, in California, laws were enacted to prohibit the use of high GWP refrigerants R404a and R507a in new supermarket refrigeration systems starting in 2019. There is also proposed legislation to require new, non-residential refrigeration equipment containing more than 50 lbs. of refrigerant to use refrigerants with a GWP of 150 or less. This legislation is still in the proposal and feedback phase and would not take effect until January 1, 2022, but it serves to indicate the type of restrictions that we can anticipate for high and even moderate GWP refrigerants in the coming years. The proposed GWP limit of 150 in California is particularly noteworthy because there are currently no commercially available options for non-toxic, non-flammable refrigerants with GWPs below 150. Other states are also following California’s example and increasing their own restrictions on high GWP refrigerants. The chart below shows the different refrigerant options in use or development in relation to their relative pressure and GWP. In addition to the aforementioned regulations on high GWP refrigerants, the EPA’s Clean Air Act (CAA) Section 608: Regulatory Requirements for Stationary Refrigeration and Air Conditioning limits the allowable refrigerant leak rate on systems with more than 50 lbs. of refrigerant to 20% annually on commercial refrigeration and 30% annually for industrial process refrigeration. The CAA also specifies leak repair requirements and establishes guidelines for refrigerant reclamation, sales restrictions, technician certification, service practices, appliance disposal, equipment recycling, and recordkeeping. This rule was modified on February 26, 2020 so that some of these requirements, such as the leak repair requirements and associated recordkeeping and reporting provisions will only apply to ozone depleting refrigerants as of April 10, 2020. Nevertheless, these requirements are a bellwether for what can be expected at a state level in the coming years. The California Air Resources Board (CARB) already has a refrigerant management program which requires facilities with refrigeration systems containing more than 50 lbs. of a high GWP refrigerant to conduct and report periodic leak inspections, promptly repair leaks, and keep service records on site.

Transcritical CO2 systems use CO2 as the sole refrigerant and are so named because at 87.8°F CO2 reaches its critical point (the point at which a substance’s liquid and vapor phase boundaries converge and liquid and vapor become indistinguishable from each other) and above this temperature the high pressure side of the system operates supercritically or transcritically without condensing from a vapor to a liquid. Other CO2 refrigeration systems, such as CO2 cascade or CO2 liquid overfeed systems avoid the inefficiencies associated with operating transcritically but at the expense of using CO2 in conjunction with another (often high GWP) refrigerant and of incurring the associated costs and inefficiencies of adding additional heat exchangers and associated equipment. For the purposes of this discussion, we will focus on Transcritical CO2 systems.

Because CO2 is the baseline, its GWP is 1 and the use of CO2 refrigeration will allow retailers to future-proof their refrigeration systems against any upcoming refrigerant regulation changes at both the state and national level. Installation costs have been decreasing as installers have become more comfortable with CO2 systems; some installers are even reporting lower installation costs compared to systems with synthetic refrigerants due to the smaller pipe sizes used on CO2 systems. Bill Zornes, with Key Mechanical, states that his company has seen installation costs that are approximately 10–12% less than traditional refrigerant systems with similar design styles. Key Mechanical has completed the installation of 19 CO2 systems, but Bill doesn’t foresee a big learning curve for those installers who are less familiar: “I believe there is a small learning curve on the service side, but once technicians understand the system has the same components and operates in the same manner as we have all known it to be, it’s quickly overcome. [On the] installation side, I see no real learning curves providing you are using best industry practices.”

Equipment costs are also coming down as more systems are installed throughout the United States. Hill Phoenix, a refrigeration system manufacturer based near Atlanta, GA, has installed more than 600 Transcritical CO2 systems in North America and more than 10,000 systems in Europe under the brand Advansor. Derek Gosselin, with Hill Phoenix, states that the equipment costs vary based on design choices and location and that there still is a cost premium of 15–25% for CO2 systems vs. systems using synthetic refrigerants but that the costs are coming down. He notes that, it is best to compare total installed cost, including equipment, refrigerant management, and installation. According to Derek, the total installed cost of a CO2 system can be as little as 5–10% higher, compared to equivalently sized systems using synthetic refrigerants. In addition to the environmental considerations, the lower cost of the CO2 itself is another point in its favor. CO2 is generally about $2/lb. whereas most traditional refrigerants range from $5–14/lb.

The efficiency of every refrigeration system decreases as the saturated condensing temperature increases, but the deterioration in efficiency is more dramatic for transcritical C02 systems. Transcritical CO2 systems can achieve equal or better efficiency than synthetic refrigerant systems at condensing temperatures at or below about 60–65°F, but as the ambient and condensing temperatures rise, the synthetic refrigeration systems become increasingly more efficient compared to transcritical CO2 systems. Thus, any comparison of the annual energy usage between the two systems will be heavily dependent on the location and climate chosen as the basis of the comparison. Chart 2 below gives the results of a study Henderson Engineers performed in 2016 to compare the annual energy usage between a transcritical CO2 system (R744) and systems using synthetic refrigerants R407A and R448A. The conclusion of this analysis was that energy usage differences were minor in cooler climates but significant in warmer locations. When comparing the overall climate impact of a refrigeration system, the increased energy usage needs to be considered as energy derived from fossil fuels will also increase carbon emissions. Even in the most unfavorable weather conditions (e.g. warm and wet areas such as Austin, TX), the direct GWP impact advantage of utilizing CO2 could offset the indirect impact of additional energy.

Limits to compressor operating windows preclude operating CO2 compressors below a condensing temperature of about 55°F but advances in technology that allow lowering the minimum condensing temperature would make the advantages of a CO2 system more pronounced in lower ambient temperatures. Other technologies, such as the use of a separate flash gas compressor, would increase the efficiency of the CO2 system and should be considered. Additionally, the use of evaporative cooling makes a large difference and should also be considered when designing transcritical CO2 systems, particularly in warmer climates. Overall, there is reason to think that proper equipment selection and continuing technological advances will make CO2 competitive with synthetic refrigerant systems in cool to moderate climates. And in warmer and more humid climates where transcritical CO2 systems should be expected to use more energy than an equivalent synthetic refrigeration system, other factors such as government regulations and the desire to use natural refrigerants may dictate the use of CO2 refrigeration systems despite any energy penalties associated with the system.

The changing regulatory landscape is requiring our industry to look at alternatives to the traditional synthetic refrigeration systems. Transcritical CO2 is not without its challenges, particularly in warmer climates such as those in the southern half of the continental U.S., but increasing contractor familiarity, decreasing manufacturing costs, and continuing technological advances are making CO2 refrigeration systems more viable than ever before. 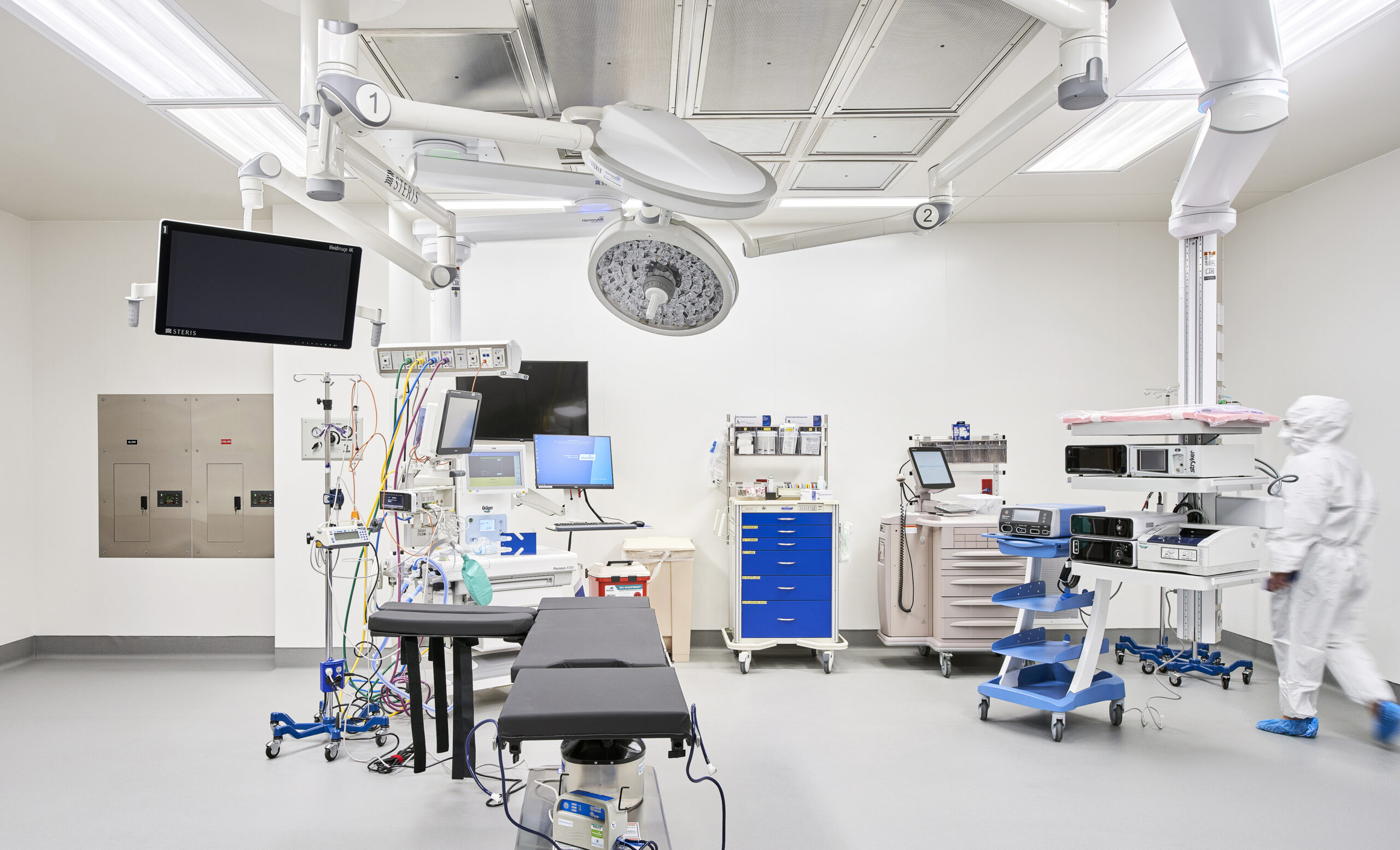 2022 FGI Guidelines Have Arrived – What Do They Mean?

In recent years, the grocery industry has seen an unprecedented demand for online shopping. To meet the needs of consumers making the switch to online shopping, many retailers are choosing to expand their warehouses and ...