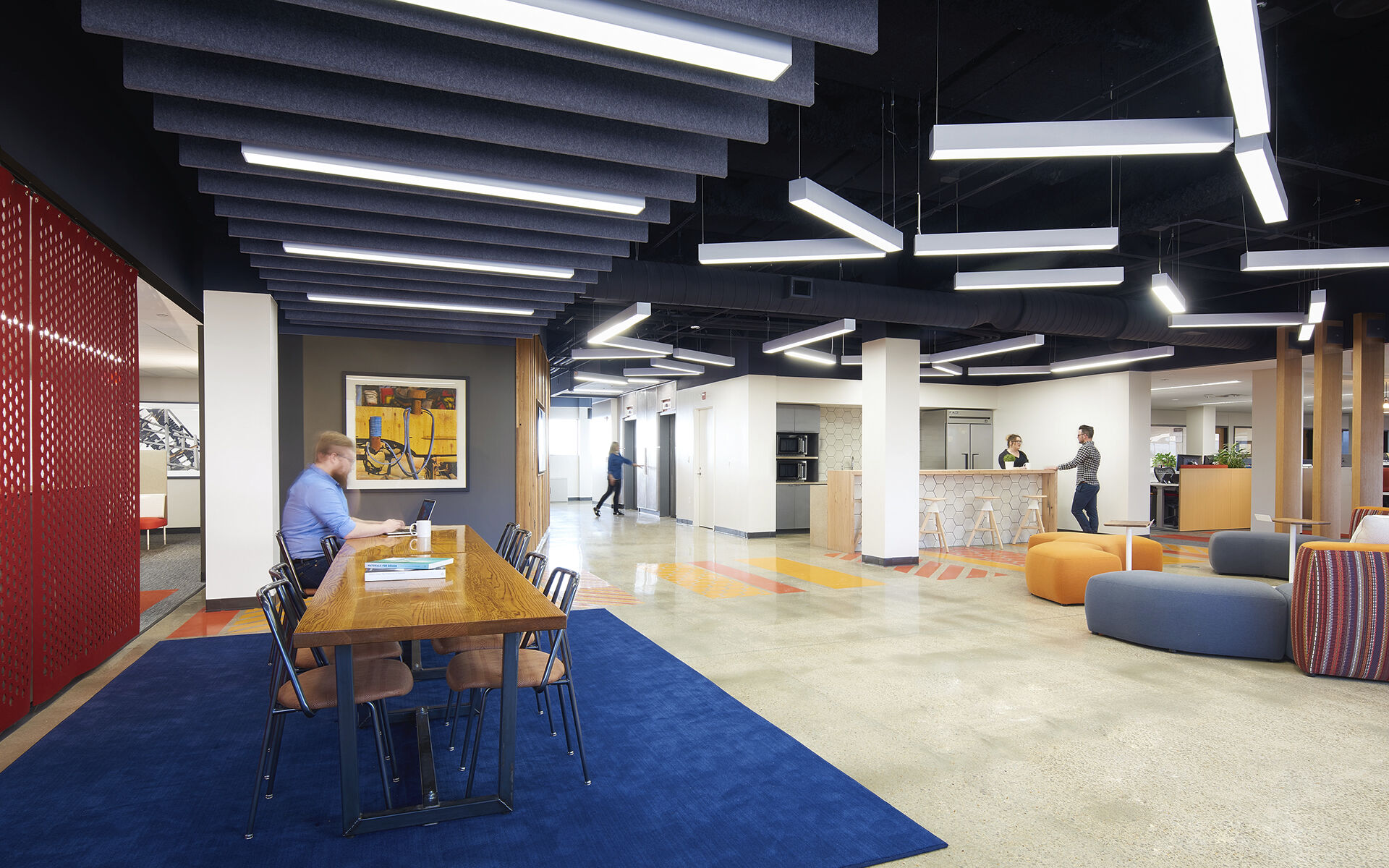 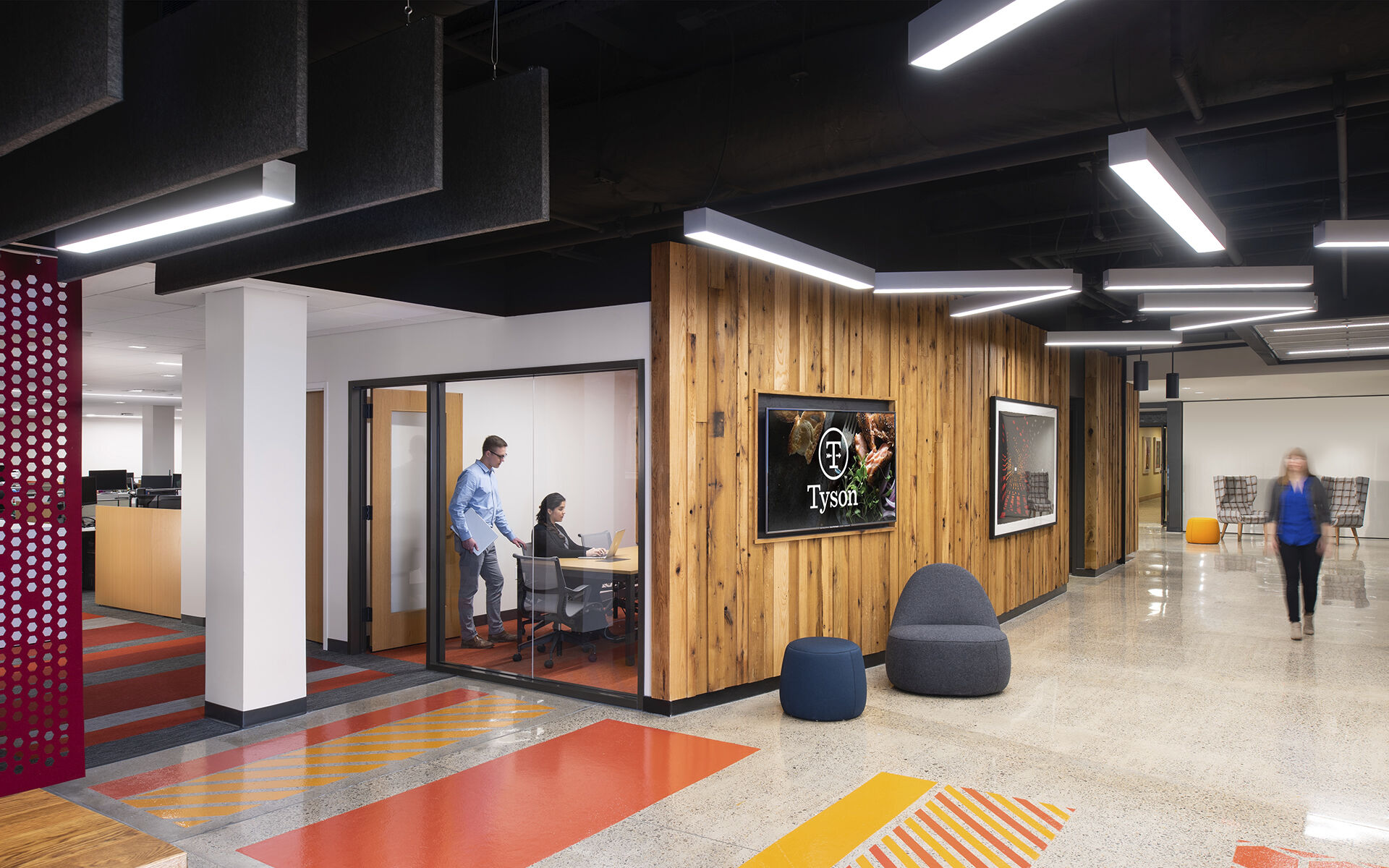 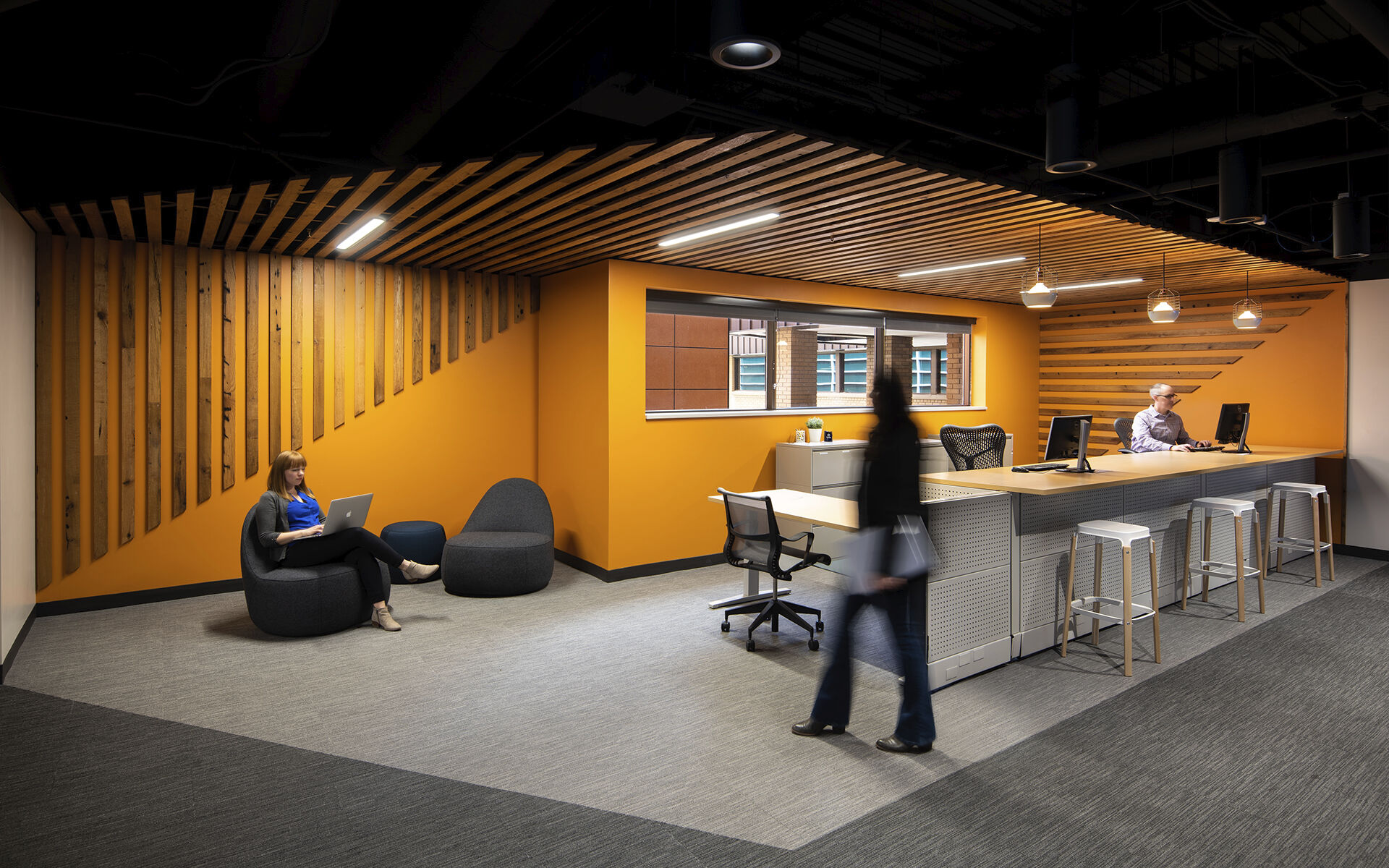 For tower 1, the first phase involved a thorough building systems assessment of the current conditions of all five stories of tower 1 as well as the 2-story connector building between towers 1 and 2.

Knowing that reuse of equipment was important to Tyson, Henderson made sure the power distribution portion of the electrical systems design allowed them to reuse existing panel boards and distribution equipment. We efficiently modified existing plumbing and our design also allowed for future expansion of low-voltage system integration.