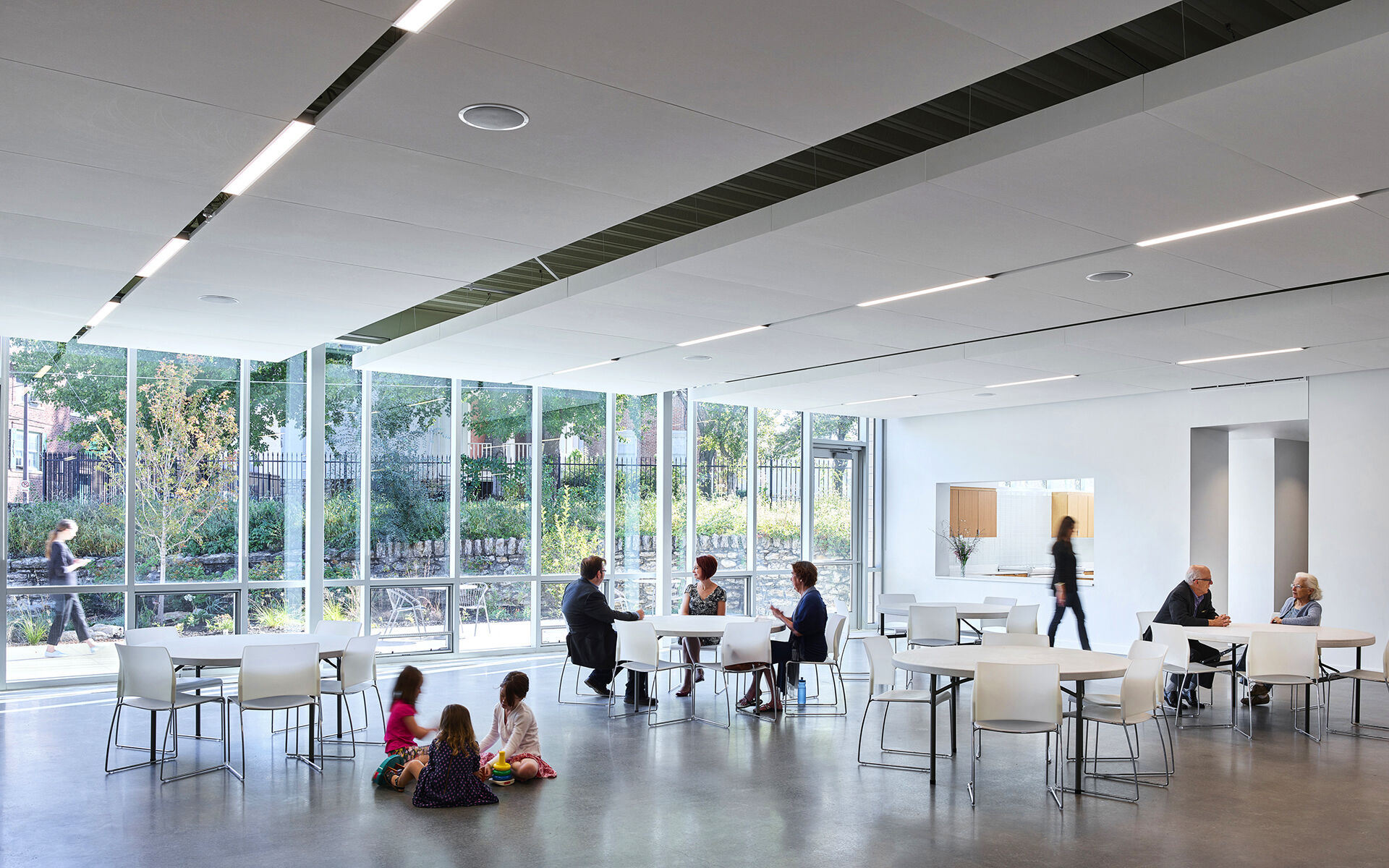 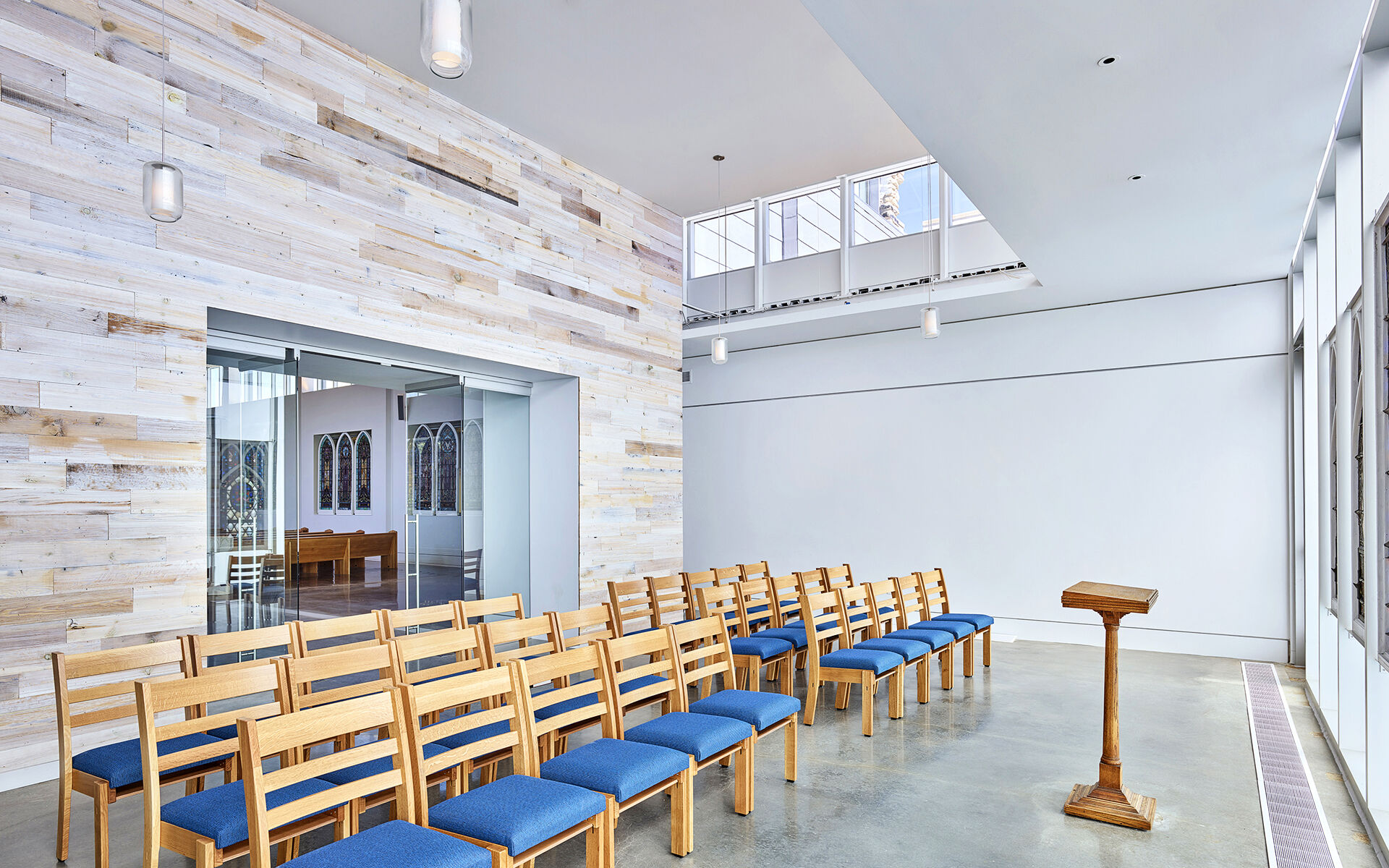 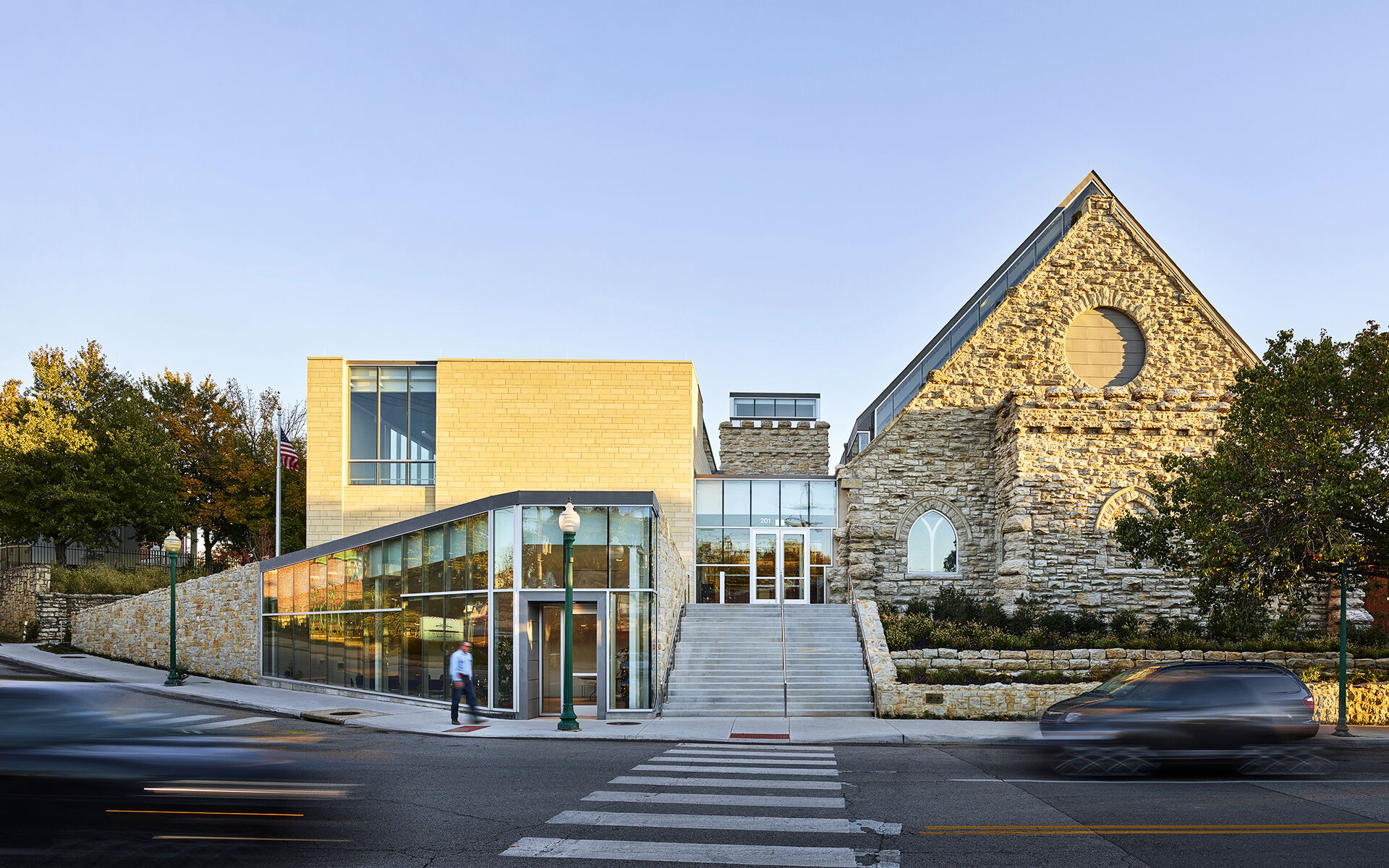 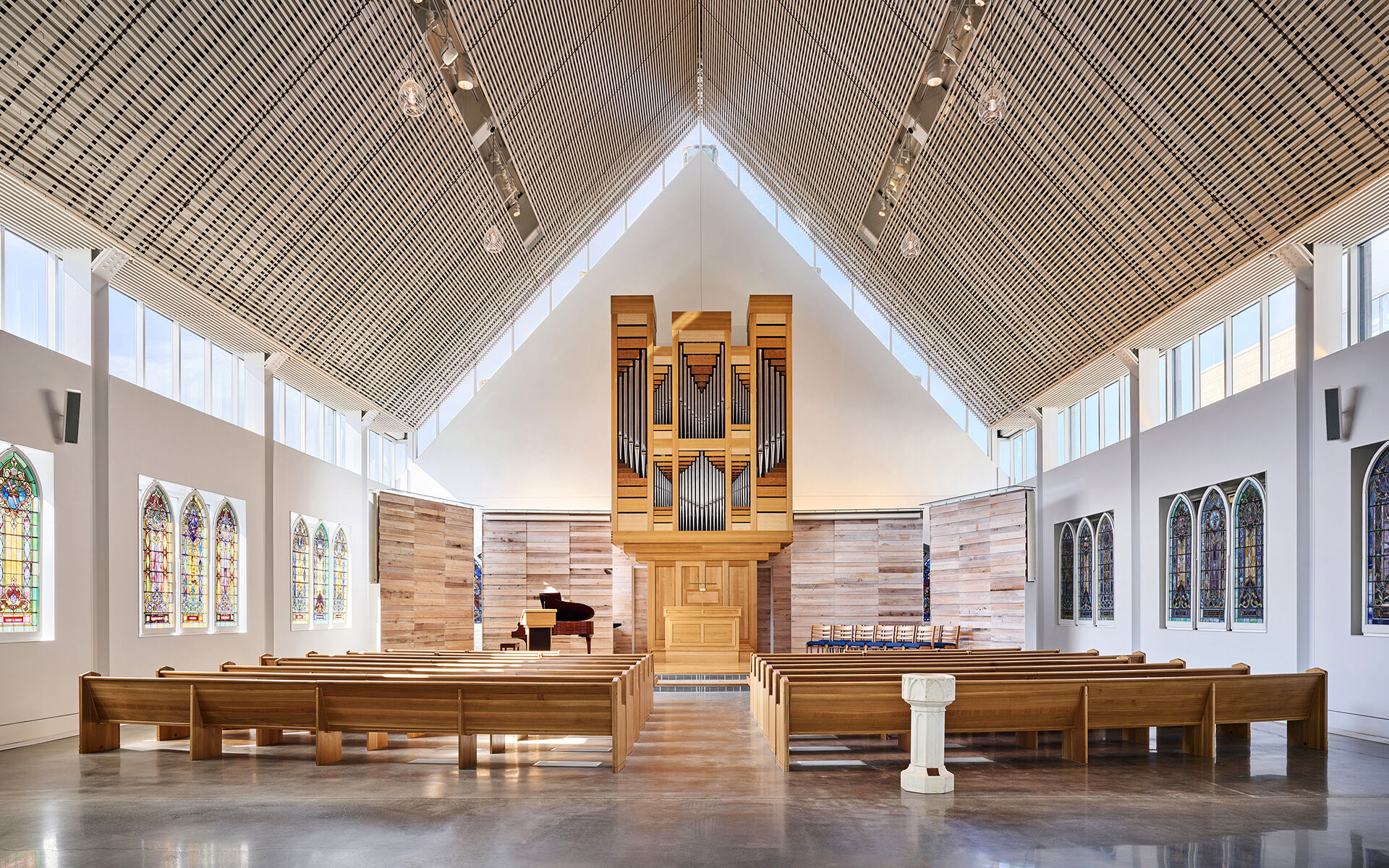 After a devastating fire in 2011 that destroyed every interior surface of the Westport Presbyterian church, the congregation was determined to rebuild. Acting as a symbolic gesture, the massive exterior stone walls that survived became the impetus for a design approach to fuse history and older building materials with more modern materials and design methods. Taking cues from the architectural design, Henderson Engineers’s lighting philosophy followed suit in the exploration of new sources not often associated with religious institutions. With the desire to create a modern, minimalistic sanctuary interior, the usual architectural construction of purlins or structural members across the sanctuary were not implemented. With the lack of that structure the usual mounting methods for lighting were not available. Henderson’s architectural lighting engineers were able to solve that complexity by creating a unique design approach of running a continuous slot transverse to the axis of the sanctuary.

Playing on the fusion of old and new, almost all lighting within the sanctuary utilized LED technology. Incorporating the “old” motif of the sanctuary, hand-blown antique decorative pendants adorn this space and the adjacent chapel. As a final piece to the lighting puzzle, a dimming smart bar was also incorporated and organized within the continuous ceiling slot for those occasions where ellipsoidal fixtures were desired. The result of this innovative hybrid design was a harmony between architecture and lighting that strengthened the concept of history accepting modern expressions.