Julie Pierce, community sector executive at Henderson Engineers, earned a spot in the 2022 “50 Kansans You Should Know” list by Ingram’s Magazine, a notable Kansas City business magazine. The annual list showcases individuals from a variety of fields who are “driving growth and bringing vitality to communities across the Sunflower State.”

A native of Kansas City, Kan., Pierce is a 24-year Henderson veteran whose engineering career and personal pursuits have centered on helping communities thrive. Throughout her tenure, she has been involved in creating new operations and initiatives at Henderson. This includes championing the company’s diversity, equity, and inclusion (DE&I) efforts as a member of the DE&I Council, and a founding member of Empower, the company’s employee affinity group focused on gender equality, and Unite, the affinity group geared toward LGBTQIA+ inclusion.

“I’m proud of how far we’ve come, but there’s still a ton of work to do and I’m honored to be part of driving equity and belonging at Henderson,” said Pierce.

Outside of work, Pierce is a dedicated wife and mother who manages to excel in her career while being a present parent and coach for her children’s activities. Her passion for the next generation also extends beyond her household as evidenced by her involvement in Future City, ACE Mentoring, Lead to Read KC, and Henderson’s Junior Engineering Day.

“I love getting kids excited about STEAM,” she said, referring to science, technology, engineering, arts, and mathematics.

A University of Kansas (KU) alum, Pierce has served for more than 20 years as a member of KU’s Advisory Board, which, in addition to her professional success, led to her being the first woman inducted into KU’s Civil, Environmental, and Architectural Engineering Academy.

Pierce has mentioned that people often inquire how she “does it all,” but it’s never been about juggling for her. “I’ve never thought of it that way. I just raise my hand when there’s a need and do what I can to make positive change.”

To read Pierce’s 50 Kansans You Should Know feature, visit bit.ly/3JDMmwe. 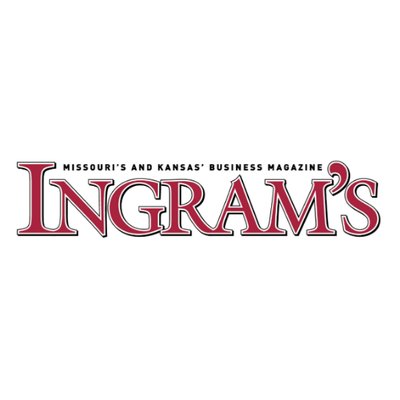