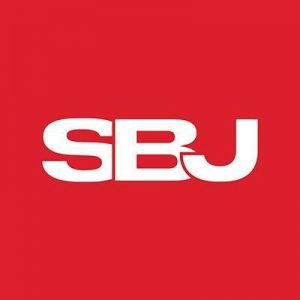 Henderson Engineers was listed as the engineer-of-record for SoFi Stadium and Hollywood Park in a Sports Business Journal feature, “Wow Factor: SoFi Stadium” by Karn Dhingra. The unprecedented and unparalleled sports and entertainment destination which recently opened in Inglewood, California is home to the Los Angeles Rams and Los Angeles Chargers of the NFL.

“SoFi Stadium is a once-in-a-lifetime kind of project to work on with it being one of the largest and most innovative sports projects ever,” said Venue Practice Director/Senior Vice President Kevin Lewis, who served as Henderson’s principal-in-charge of the project. “More than 100 members of our Henderson team poured their heart and soul into this venue, sharing a clear common goal with ownership and all consultants to create a unique fan experience. The culminating stadium is a glowing example of how clear goals, a strong central design by HKS, experienced team of consultants, and consistent, efficiently run meetings created the most extraordinary venue in sports history.”

Henderson played a substantial role in the entitlement process and the early planning phases. Given that this is the largest sports project in history and located on a site with a long history itself, as well as being in close proximity to Los Angeles International Airport (LAX) – one of the busiest airports in the world – there were significant engineering challenges which needed to be navigated early in the project. While the design was extensive, so was the construction.

The Henderson team was involved in the modeling process and coordinating different pathway options to avoid the mechanically stabilized earth structure, while still abiding by the codes and standards related to number of bends in a telecommunications cable, pulling tension, and conduit capacity.

One of the most unique elements of the stadium included the passively ventilated seating bowl.

“The location of the stadium allowed the design team to take advantage of the consistent climate, saving energy and creating a fan-friendly environment,” Lewis explained. “While the stadium bowl has the EFTE roof canopy, it is not enclosed, and is considered an outdoor stadium. Henderson worked with HKS and RWDI to analyze the environmental conditions and architecture to create a bowl that takes advantage of natural winds helping to ventilate the stadium.”

For Henderson Engineers and Henderson Building Solutions, game day is more than a day. It’s an experience — the crowd, the food, great seats, video boards, and the thrill of the perfect play. Underneath these elements, we’re delivering innovative designs that account for the behind-the-scenes details that matter to both fans and athletes alike. It’s why the NFL, NBA, MLB, MiLB, MLS, and NCAA have all trusted our sports practice team to design their stadiums, arenas, ballparks, and practice facilities. Whether it’s large-scale new construction, renovations, additions, or master planning, we’re ready to team up with you.