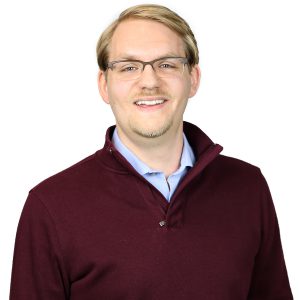 Henderson Engineers Esports Practice Leader/Acoustical Consultant Kevin Butler has been named to the advisory council of the newly-formed Kansas City Esports Coalition. Butler joins other 11 other innovative council members that are also members of key organizations involved in the esports community locally and nationally.

“I’m honored to represent Henderson Engineers as a member of the advisory council and am excited to work with the rest of the talented coalition members to help continue the development of the esports culture in the Kansas City area and beyond,” Butler said.

Sponsored by the Kansas City Sports Commission & Foundation, the KCEC’s mission is to use gaming for good by developing, advocating, and enriching the esports culture in the greater Kansas City area and beyond. The grassroots approach allows for an inclusive environment to provide opportunities for gamers, entrepreneurs, businesses, and educators to connect, exchange ideas, foster events, educate, influence, and cultivate relationships in the esports community.

“Kansas City is home to so many talented individuals and organizations that are making a real impact on the fast-growing world of gaming and esports,” said Kathy Nelson, president and CEO of the Kansas City Sports Commission. “It made sense for us to help wrangle that talent and organize around it – particularly as we work to attract and create esports events.”

Marvin Mastin, brand activation manager at Populous, added, “Esports is on track to become a dominant sector within the sports industry and an integral part of the KC sports ecosystem.”

Butler and his Henderson teammates worked extensively on and serve as the engineer-of-record at Esports Stadium Arlington, which opened in November 2018 as the largest gaming and esports facility in North America. As part of the design-build team, Henderson delivered the building systems for the 2,500-seat stadium featuring a competition space with a built-in 85-foot long LED wall that is accompanied by an immersive sound and theatrical lighting system. The facility, which was transformed from the previous Arlington Convention Center, features flexibility enabling it to cater to a wide variety of audiences and event types. In order for this to happen, Henderson blended the unique needs of an esports event with the company’s general principles and expertise in venue building systems design.

Using the expertise developed designing venues and support facilities and understanding the needs of esports facilities, Henderson is helping create building system design guidelines for the esports market to help inform end users of best practices for their space.